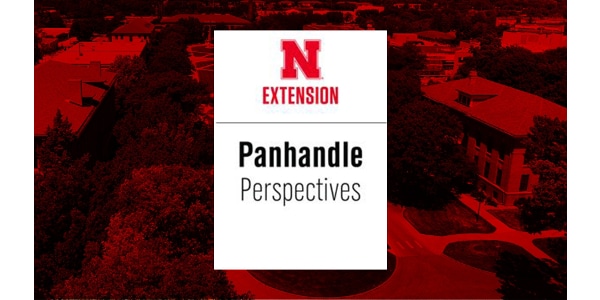 The pioneering research by first Wiley in Nebraska, and then Morrison in Washington a decade later, provided strong evidence that seed production in the U.S. was highly feasible. It was also noted that American-grown seed possessed better quality, with superior germination and production of larger taproot and higher sucrose yields than those previously imported from Europe. (Courtesy of UNL)

LINCOLN — At the turn of the 20th century, the sugarbeet was one of the few American crops with an almost complete dependence upon Europe as a source of seed each season. The vast majority of all seed used in sugar beet production originated in either Germany or France. It took two primary factors before Americans were convinced that a domestic seed industry was needed.

The first factor was the First World War, much of which occurred in battlefields of northwestern Europe – Belgium, France, and Germany. Beginning about 1915, with the escalation of the war conditions in Europe, seed quality deteriorated or seeds became generally unavailable.

Even though the European seed previously used was highly susceptible to diseases and not well adapted for the variable environmental conditions in the United States, the failure to procure sufficient supplies of seed during the war years was still an economic disaster resulting in the loss of income and investment capital. Therefore, it became apparent that an American sugarbeet seed industry was sorely needed instead of depending on European sources.

This potential problem had been anticipated almost 25 years previously and preliminary work concluded that this concept of domestic seed production was achievable. However, did you know that these early investigations first occurred in Nebraska?

In 1874, Harvey Wiley became the first chair of the Chemistry Department at the newly formed Purdue University, after finishing medical school and serving for several years as the Chemistry Professor at the University of Indiana’s medical school. While at Purdue, he became interested in sorghum and sugarbeets as new alternative sugar sources, with the eventual goal of enhancing the domestic production of sugar.

In 1883, he accepted a post as chief of the U.S. Department of Agriculture (USDA)’s Bureau of Chemistry. At the insistence of Wiley, the USDA established a sugarbeet station in 1890 in Schuyler, Neb., as well as a sorghum station in Kansas. The earliest recorded efforts by the USDA for domestic seed production were from the Nebraska station in 1891 under the direction of Wiley. He was not supplied with the elite, expensive and higher-developed European seeds used for breeding purposes, but the ordinary commercial seeds used for factory beets.

Nevertheless, small quantities of seeds were produced in 1891 and 1892, and planted side by side with the best foreign seeds in the following year. The yield responses from the home-grown seeds were superior to those of the best European entries, and the results were printed in USDA Bulletins 39 and 52.  The home-grown seeds produced higher sugar percentages and root yields than the European seeds (21.1 tons per acre compared with 17.9), resulting in increases of more than 700 pounds of extractable sugar per acre.

After 1892, with the election of President Grover Cleveland, large changes were put into effect.  His Secretary of Agriculture, J. Sterling Morton, ordered all experimental sugar work be stopped, thus both stations – the sugarbeet seed in Nebraska and sorghum in Kansas – closed.

In 1896 efforts were renewed after President William McKinley took office. A grower near Waverly, Wash., named E. H. Morrison began growing several hundred acres of beets for seed on his farm. His results were so successful that he increased acreage and the USDA bought and distributed Morrison’s seeds for field testing in Utah, Michigan, and California.

In 1905, the USDA established a station on Morrison’s farm and took control of the scientific work of seed production. However, in 1911, a fruit crop boom hit eastern Washington state. The new producers offered Morrison more money for his land that it was worth for growing sugarbeet seed; thus he sold the farm and the government discontinued the station and the seed work.

The pioneering research by first Wiley in Nebraska, and then Morrison in Washington a decade later, provided strong evidence that seed production in the U.S. was highly feasible. It was also noted that American-grown seed possessed better quality, with superior germination and production of larger taproot and higher sucrose yields than those previously imported from Europe.

These messages were soon lost and forgotten after World War I ended and more consistent quantities of European seeds became available. It required the emergence of a second factor in the 1920s to finally convince Americans to produce our own, regionally adapted, disease-resistant seeds without depending on imported seeds.

What was that second factor?  See the next “Did you know” article to find out.