Home / Michigan / First cases of West Nile virus for 2021
A new user experience is coming! We'll be asking you to login to your Morning Ag Clips account March 1st to access these new features.
We can't wait to share them with you! Read more here. 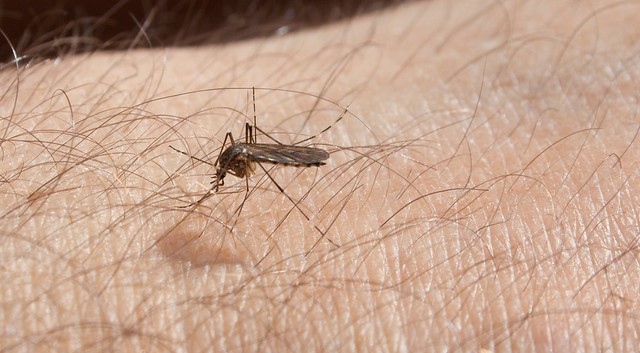 WNV typically circulates between birds and mosquitoes, but mosquitoes can also transmit the disease to people and animals, especially horses and other equids. (Jim Stauffer, Flickr/Creative Commons)

LANSING — Cases of West Nile virus (WNV) are being seen once again in Michigan’s animal and mosquito populations. These findings emphasize the need for Michigan residents to take precautions to safeguard not only their animals but also themselves from mosquito-borne illnesses.

WNV typically circulates between birds and mosquitoes, but mosquitoes can also transmit the disease to people and animals, especially horses and other equids. In Michigan, the disease is typically a concern every summer to early fall. The virus is spread through bites from an infected mosquito.

The Michigan Department of Agriculture and Rural Development (MDARD) recently confirmed the first case of WNV for 2021 in a 28-year-old Quarter Horse mare from Midland County. On July 15, 2021, the mare became ill with a sudden onset of neurologic disease and was humanely euthanized. The horse was undervaccinated against WNV.

“With the discovery of WNV in a Michigan horse, this signals that the virus is circulating again in the state,” said State Veterinarian Nora Wineland, DVM. “Its presence underscores the need to take all the necessary steps to protect animals from this disease.”

To combat the spread of this disease, animal owners can:

For context, while there were no reported cases of WNV in domestic animals in 2020, there was one case of the disease in a Lapeer County horse in 2019. Also, the state saw more significant WNV activity in 2017 with 15 cases reported in equids.

In addition to the case in a horse, WNV has also been detected in mosquito and wildlife populations this year. The virus has been identified in five wild birds from four Michigan counties (Berrien, Calhoun [2], Cass, and Ingham) and three mosquito pools from three counties: Calhoun, Kent, and Oakland.

“We urge Michiganders to continuously take precautions to protect themselves (in addition to their pets and livestock) against mosquitoes. It only takes one bite from an infected mosquito to cause a severe illness,” said Dr. Joneigh Khaldun, chief medical executive and chief deputy for health at MDHHS. “Steps like using an EPA-registered insect repellent when outdoors, avoiding areas where mosquitoes are present (if possible), and wearing clothing to cover arms and legs to prevent bites can help.”