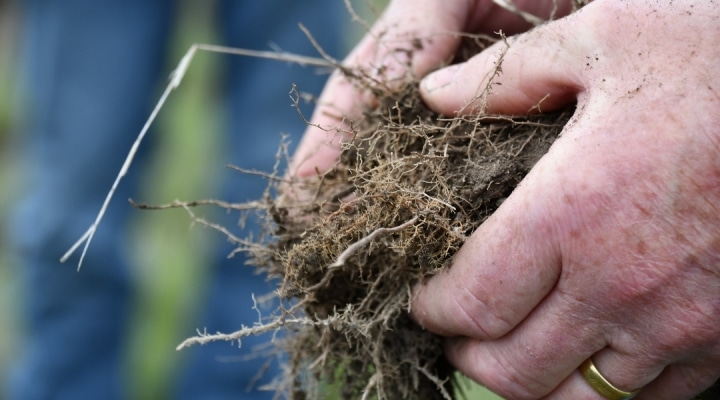 Given in honor of renowned conservationist Aldo Leopold, the prestigious award recognizes landowners who inspire others with their dedication to land, water and wildlife resources in their care.

Earlier this year, owners of forestland and farmland in Connecticut, Maine, Massachusetts, New Hampshire, Rhode Island and Vermont were encouraged to apply (or be nominated) for the award. Applications were reviewed by an independent panel of agricultural and forestry conservation leaders. The award recipient will be revealed during the New England RCPP annual conference in November.

“As the national sponsor for Sand County Foundation’s Leopold Conservation Award, American Farmland Trust celebrates the hard work and dedication of the New England award finalists,” said John Piotti, AFT President and Chief Executive Officer. “At AFT we believe that conservation in agriculture requires a focus on the land, the practices and the people and this award recognizes the integral role of all three.”

“One of the reasons we are such avid supporters of the Leopold Conservation Award is its focus on recognizing the boots-on-the-ground work of New England forest and farming families,” said Spencer Meyer, Senior Conservationists at Highstead. “These families are essential stewards of our planet, working each day to privde critical resources to our communities and to protect and enhance the health of our environment.”

Sand County Foundation presents the Leopold Conservation Award® annually in 23 states with a variety of conservation, agricultural and forestry organizations. For more information on the award, visit www.leopoldconservationaward.org.