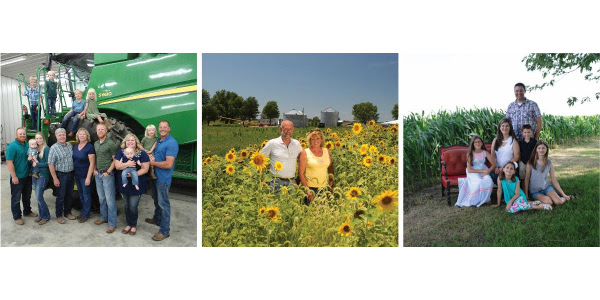 JEFFERSON CITY, Mo. — Three finalists have been selected for the prestigious 2019 Missouri Leopold Conservation Award®. Given in honor of renowned conservationist Aldo Leopold, the award recognizes farmers, ranchers and foresters who inspire others with their dedication to land, water and wildlife habitat management on private, working land.

“Bringing the Leopold Conservation Award into Missouri is an outstanding way to recognize those farmers who are leaders among their peers in innovation and in demonstrating their commitment to their land,” said Robert Alpers, a mid-Missouri farmer and chairman of the Missouri Soybean Merchandising Council. “We all rely on the land and water, and the relationship with those resources is central for farmers.”

Earlier this year, Missouri landowners were encouraged to apply, or be nominated, for the award. Applications were reviewed by an independent panel of agricultural and conservation leaders. The 2019 finalists are:

“These three family farms showcase some of the best in Missouri agriculture and conservation,” said Missouri Farmers Care Chairman Gary Marshall. “To be a finalist for this prestigious award requires a focus and discipline in managing the land and water to leave it in a better position for the next generation. We are excited to a part of this unique partnership to highlight some of Missouri’s finest stewards and look forward to announcing this year’s recipient in February.”

“Each of the finalists has demonstrated a commitment to improving soil health, increasing awareness of water quality, and helping wildlife resources on their land”, said J.R. Flores, NRCS State Conservationist. “Farmers voluntarily participating in conservation programs provides untold benefits to all Missourians.”

In his influential 1949 book, A Sand County Almanac, Leopold called for an ethical relationship between people and the land they own and manage, which he called “an evolutionary possibility and an ecological necessity.” Sand County Foundation presents the Leopold Conservation Award to private landowners in 20 states with a variety of conservation, agricultural and forestry organizations. For more information on the award, visit www.leopoldconservationaward.org.