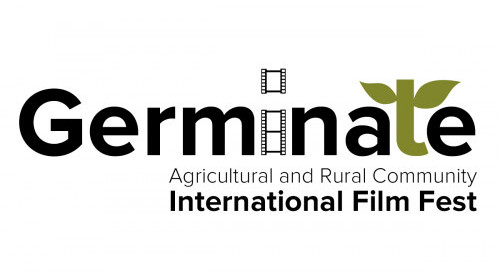 The inaugural Germinate International Film Fest, set for Aug. 16–17 in Hillsboro, Ohio, will use film and photography to tell the story of rural communities and their associated industries. (Courtesy Image)

HILLSBORO, Ohio — The inaugural Germinate International Film Fest, set for Aug. 16–17 in Hillsboro, Ohio, will use film and photography to tell the story of rural communities and their associated industries.

“Less than 2% of the nation’s population now identify as farmers,” said Brooke Beam, festival director and Extension educator in Highland County. “The intent of the festival is to expand what people know about agriculture, natural resources, and rural communities.”

It will include screenings of both feature films and short films, as well as hands-on workshops about video production, photography, agriculture, natural resources, astronomy, and community development topics. Panel discussions will provide a forum for open conversations about agricultural, environmental, and rural community development topics important to the public.

“While rural areas represent 97% of the U.S. landmass, only 19.3% of the population resides in a rural area,” Beam said. “The film festival will allow attendees to learn about the agricultural industry from the perspective of agricultural producers, researchers, and rural community members. The films curated for this event highlight the resiliency of rural communities and the individuals who are making these communities thrive.”

Fifty short films will be offered in the categories of short documentaries, student and youth films, scholastic, and shorts of any kind, while five feature documentary films are included. Ten percent of the selected films were sourced from local filmmakers from Ohio, allowing for festival attendees to connect with local producers and filmmakers. Six films were international submissions from Italy, Canada, the Netherlands, and the United Kingdom.

“While there are thousands of film festivals in the world, Germinate International Film Fest is different because these films were selected based upon their ability to tell a compelling and logical story, as well as providing factual information about the topic being discussed,” Beam said. “It fills a void in current festival lineups. Additionally, filmmakers of all skill and expertise levels were encouraged to apply.”

Feature films will include “Chef’s Table: Christina Tosi”; “Mission Blue”; “SkyGrazers: A Story of the Flying Farmers”; “Soyalism”; and “The Pollinators.”

“Chef’s Table” shows Tosi channel her love of junk food into irresistible treats at New York City hot spot, Milk Bar. Netflix documentary “Mission Blue” follows oceanographer Sylvia Earle’s campaign to save the world’s oceans from threats such as overfishing and toxic waste. “SkyGrazers” illustrates the triumphant stories and struggles of the International Flying Farmers. “Soyalism” follows the industrial production chain of pork from China to Brazil through the United States and Mozambique. “The Pollinators” follows migratory beekeepers and their honeybees throughout a growing season and shares how these pollinators are a subculture of agriculture and a vital cornerstone of our entire food system.

A number of festival ticket options are available ranging from dinners to an all-access pass to tickets for specific days, programs, or feature films. A farm-to-table dinner will be held on Saturday at Hillsboro’s Karnes Orchard and will include dinner, an outdoor showing of the film “Chef’s Table: Christina Tosi” (weather permitting), and a stargazing workshop. Another dinner and short film will be held on Saturday at the Old Hillsboro Fire Department.

For more information and ticket options, visit the festival website at u.osu.edu/germinateinternationalfilmfest, contact the Highland County office of OSU Extension at 937-393-1918, or contact Brooke Beam at 937-302-0812 or beam.49@osu.edu.