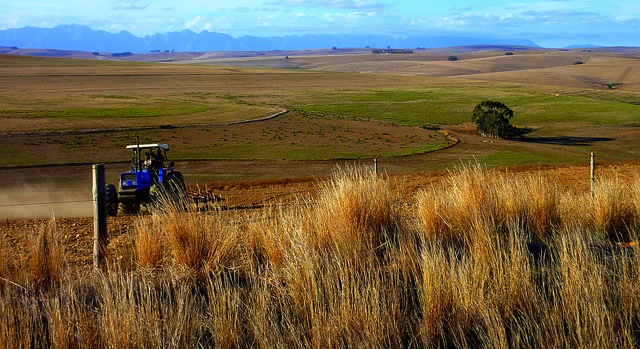 INDIANAPOLIS — During the past two weeks, 74 FFA members visited South Africa for a 12-day educational and cultural experience.

Members participated in the 2018 International Leadership Seminar for State Officers (ILSSO) as an annual, international opportunity through the National FFA Organization. The seminar allows FFA members to experience a foreign culture, learn about international agriculture and become more knowledgeable on the global marketplace.

Seventy-four past and present state FFA officers representing 24 states left the United States on Jan. 4. The group traveled throughout South Africa while surveying the agricultural landscape. FFA officers met with government and U.S. Embassy officials to learn about U.S. and South African trade relations; toured crop and livestock operations; met with business and industry leaders; and explored a private game reserve that is home to lions, leopards, elephants, rhinos, and buffalo. The group also met with fruit exporters, abalone producers and more.

“We hope that through a structured experience like ILSSO, students will not only see the importance of agriculture on an international level but understand it is essential to feeding the world,” says Eric Nelson, program manager with the National FFA Organization. “This seminar exposes students to culture and food production practices beyond what they are accustomed to in the United States,” Nelson says.

Prior to departing the United States, the students completed eight weeks of online coursework related to cross-cultural adaptability. The program was made possible by corporate sponsors Bunge North America and John Deere.