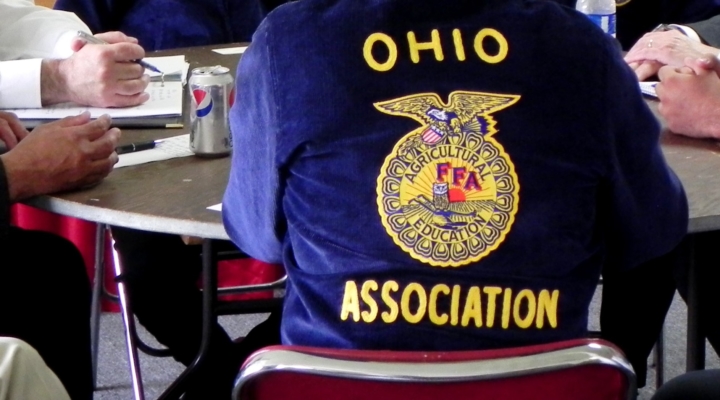 Sixteen American Star Award finalists from throughout the U.S. are nominated by a panel of judges who then interview the finalists during the national convention and expo. Four are named winners and receive cash awards totaling $4,000. All American Star finalists receive a $2,000 cash award. Case IH, Elanco Animal Health and Syngenta sponsor the awards. (U.S. Department of Agriculture, Flickr/Creative Commons)

INDIANAPOLIS — Since third grade, Chrysta Beck of Archbold, Ohio, has raised broilers and layers to sell meat and egg products to local customers. As she got older and joined FFA, she developed a supervised agricultural experience (SAE) that would look into the health of poultry. But what started as research to assist her with personal production goals soon developed into a project with a vastly larger scope. It focused on U.S. and global poultry production and welfare.

Beck’s work began when she was in ninth grade and started looking closely into broiler production factors and exactly how the birds grew. She also learned how to determine meat quality. By her senior year, Beck was investigating alternative methods for replacing antibiotics.

In her lab trials, Beck has been testing different types of bacteria to determine their viability. Through in ovo technology, a probiotic is injected into a developing embryo prior to it having any contact with harmful bacteria in the external environment. This allows the chicken’s gut to contain beneficial bacteria when it hatches, rather than being subjected to harmful bacteria after hatching.

“In theory, the harmful bacteria doesn’t have the opportunity to inhabit the broilers’ gastrointestinal tract, since a beneficial bacteria is already there,” Beck explains. “I want to help the bird from Day One to have an extra boost.”

Beck says that from her work over the past six years she is discovering the future of the poultry industry and conducting studies she has only dreamed of. “It’s important that we have this research so we can understand the future of this industry,” she adds.

This research has earned her top honors as she has been named a 2017 American Star in Agriscience.

Beck is currently studying at Mississippi State University and plans to return to the industry as a poultry vet. She credits her advisor and FFA Alumni for helping her and inspiring her interest. “FFA helped me with leadership skills and public speaking,” Beck says. “It was very beneficial.”

Beck is the daughter of Beth Ann and David. She is a member of the Pettisville FFA Chapter, led by advisor John Poulson.

Sixteen American Star Award finalists from throughout the U.S. are nominated by a panel of judges who then interview the finalists during the national convention and expo. Four are named winners and receive cash awards totaling $4,000. All American Star finalists receive a $2,000 cash award. Case IH, Elanco Animal Health and Syngenta sponsor the awards.

Judging occurred in Indianapolis during the 90th National FFA Convention & Expo with the winners being announced during an onstage ceremony today. 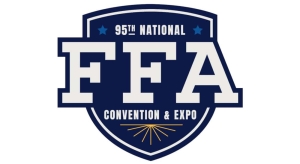