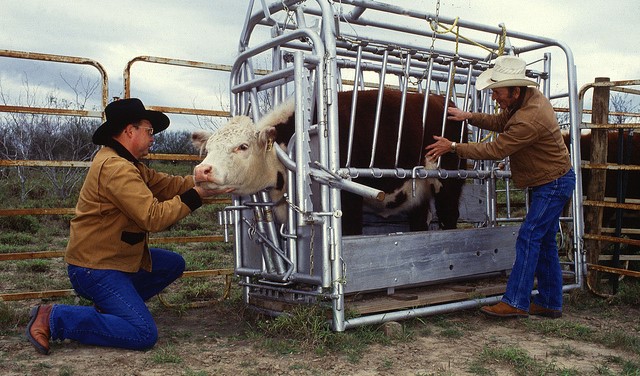 The premises where the cattle originated has been placed under quarantine and all cattle on the premises have started treatment. (U.S. Department of Agriculture, Flickr/Creative Commons)

The premises where the cattle originated has been placed under quarantine and all cattle on the premises have started treatment. 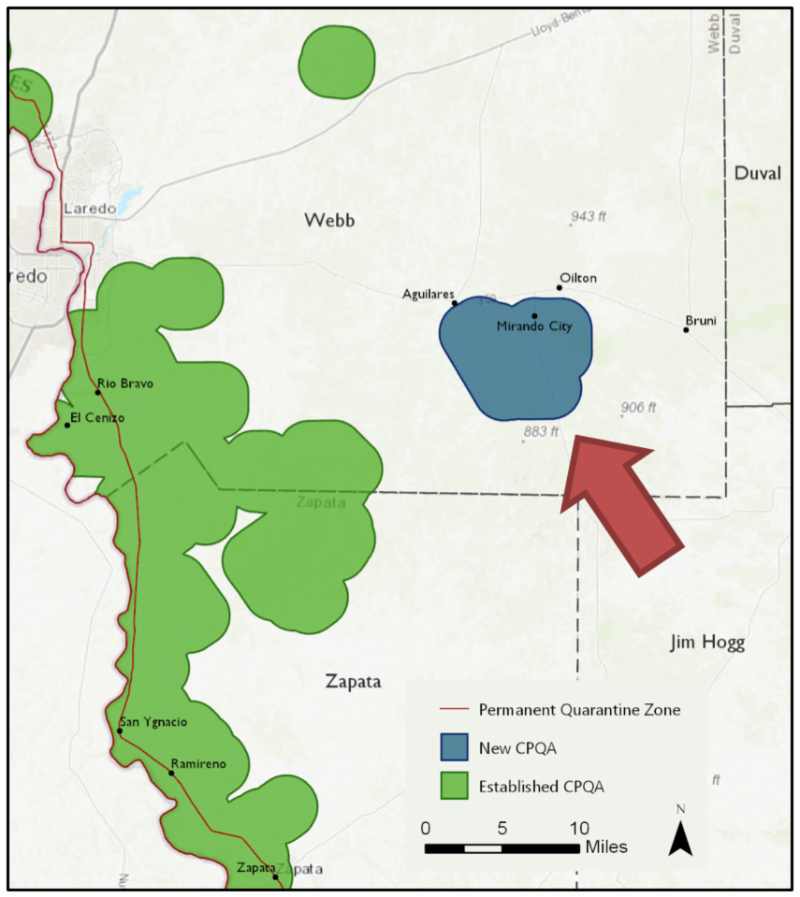 “We are thankful for cattle producers’ support in voluntarily inspecting their animals for fever ticks,” said Dr. Andy Schwartz, TAHC Executive Director. “Due to their actions, the newly discovered premises was identified quickly and treatment began promptly.”

As a result of the quarantine, a Control Purpose Quarantine Area (CPQA) was established for systematic inspection of livestock and wildlife hosts in a portion of Eastern Webb County surrounding the infested premises. Consequently, cattle fever ticks have been discovered on three additional premises in the area, to date. The infested premises are located approximately 24 miles outside of the Permanent Fever Tick Quarantine Zone.

Producers located in the identified CPQA are being contacted by United States Department of Agriculture, Cattle Fever Tick Eradication Program personnel. Livestock on the premises located within the CPQA are subject to movement restrictions, systematic inspections and potential treatment in accordance with the regulations in Title 4, Texas Administrative Code, Chapter 41 Fever Ticks.

At present, there are approximately 744,566 acres under various types of fever tick quarantine outside of the Permanent Quarantine Zone. To learn more about the quarantine areas, visit http://www.tahc.texas.gov/animal_health/cattle/#ticks.

“An epidemiological investigation to determine the source of the fever ticks and trace outs from the premises is underway,” said Dr. Schwartz. “We strive to protect the health and marketability of all Texas livestock and through the partnership with USDA-CFTEP and our stakeholders, we look to quickly eliminate fever ticks from the new CPQA and halt the spread of the pest.”

Cattle Fever ticks, known scientifically asRhipicephalus (formerly Boophilus) annulatus and R. microplus, are a significant threat to the United States cattle industry. These ticks are capable of carrying the protozoa, or microscopic parasites, Babesia bovis or B. bigemina, which cause the disease commonly known as cattle fever. The Babesia organism attacks and destroys red blood cells, causing acute anemia, high fever, and enlargement of the spleen and liver, ultimately resulting in death for up to 90 percent of susceptible naive cattle.