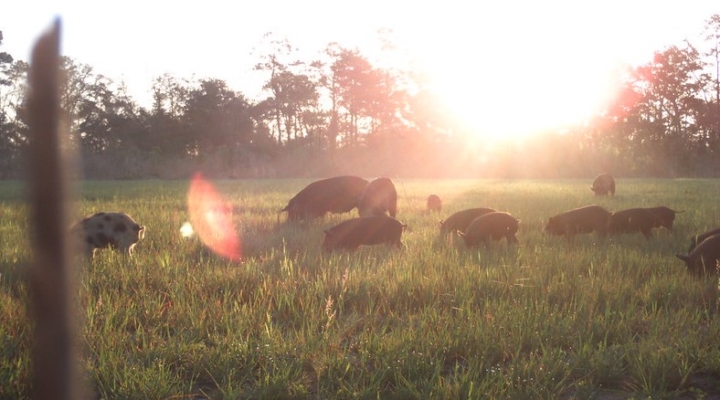 These attacks are rare, but anyone who comes across this destructive species understands they are aggressive. (Florida Fish and Wildlife, Flickr/Creative Commons)

WACO, Texas — It was a grisly scene in Anahuac, Texas, as wild hogs apparently attacked and killed a woman outside the home where she worked.

These attacks are rare, but anyone who comes across this destructive species understands they are aggressive. I once encountered a group of them alone in the Texas Hill Country. I managed to discourage the aggressive male with a few pistol shots.

The scary thing about last week’s attack is that it occurred within a town. Wild hogs are no longer just a farm problem.

Estimates peg numbers of feral hogs in Texas at between two and four million. Those guesses are nearly 15 years old and wrong. They are prolific breeders. By my own arithmetic, I believe there could be more than six million.

Some say a new law allowing hog hunting without a license will help. It won’t. The hogs breed too fast for that to matter. Other control measures are needed.

Let’s get an updated, realistic expert estimate of numbers, so we might know just how big a problem we have. This first death likely won’t be the last.