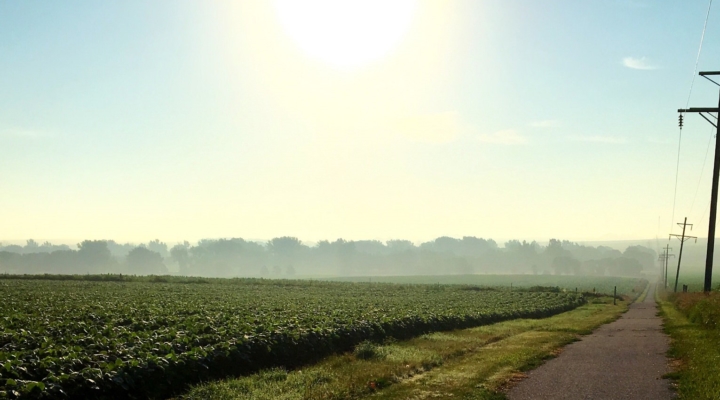 Extremely hot and humid conditions are in the forecast across much of the Central US through Friday or Saturday. (David Mulder, Flickr/Creative Commons)

WASHINGTON — The Northern Hemisphere may only be a week into the season, but summer is going to make its presence known over the next few days in parts of the US. Extremely hot and humid conditions are in the forecast across much of the Central US through Friday or Saturday. As of Thursday morning, Heat Advisories are in effect for many from Nebraska to Illinois and from Mississippi to southern Minnesota. Daytime high temperatures are expected to be in the 90s, with heat indices topping out over 100F. Areas further to the East, such as Indiana and into the Northeast can expect these hot temperatures to move into the area over the weekend. In the Northeast, high temperatures are forecast to trend 10 to 15+ degrees above normal through early next week.

During this heat event, rainfall is expected to be at a minimum across much of the regions. New England could see some rain today, ahead of the impending heat, but much of the Northeast is forecast to be mostly dry into next week. Also today, North Dakota is forecast to receive a few inches of rain with the potential for severe thunderstorms in part of the state. The extreme temperatures, however, are not expected to reach this far north. In fact, temperatures could be a bit below normal over the weekend in this area. Across the Central US, showers are expected to be mostly light and scattered, but over the weekend, Iowa could receive some heavier amounts of rainfall. 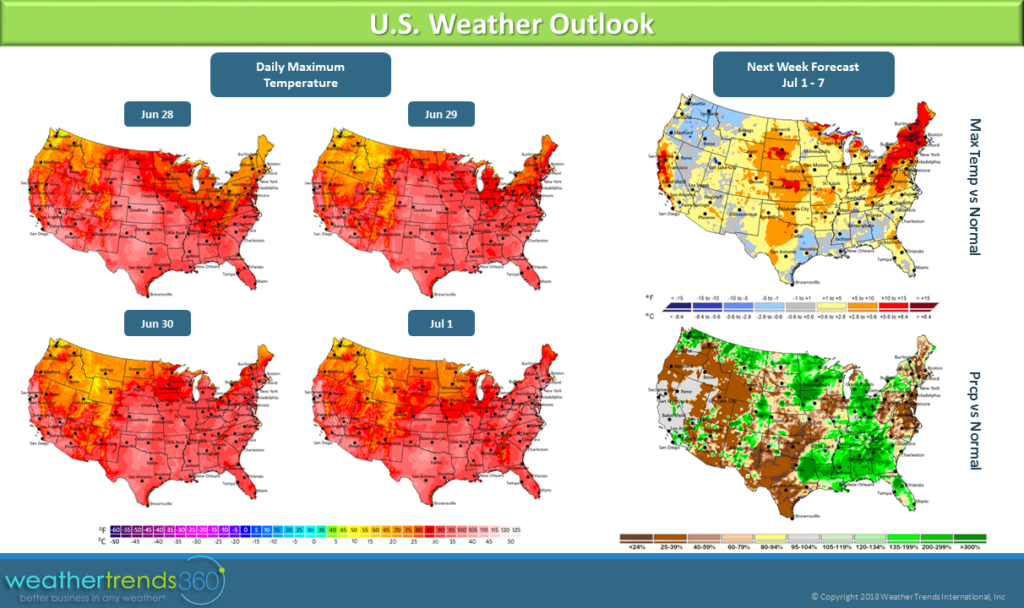 On the other side of the equator, safrinha corn harvest is getting under way across Brazil. Main producer Mato Grosso is approximately 6% harvested as of late last week. Yields in the state are expected to vary as conditions throughout the growing season were better in the north but drier in the south. Expectations for the northern part of the state have yields around 83-92 bu/ac, whereas the south could be closer to 55-64 bu/ac. In other states, safrinha corn harvest is getting under way as well. Mato Grosso do Sul is about 4% harvested, while their neighbor to the south, Parana, is only about 1% completed with their harvest. Efforts typically continue through much of July with harvest wrapping up sometime in August.

While yields may disappoint some this year as dry conditions impacted several areas of southern Brazil, domestic corn prices have held fairly steady in the country for the last few months, allowing farmers to forward contract their crops at some better prices than other recent seasons. Issues with Argentina’s crops this year have played a large part in the stability of Brazil’s domestic crop prices. Additionally, government-set minimum corn prices have been raised 7-11% from last season in several states. In Northeastern Brazil, however, the minimum corn price actually fell around 2% for this season.