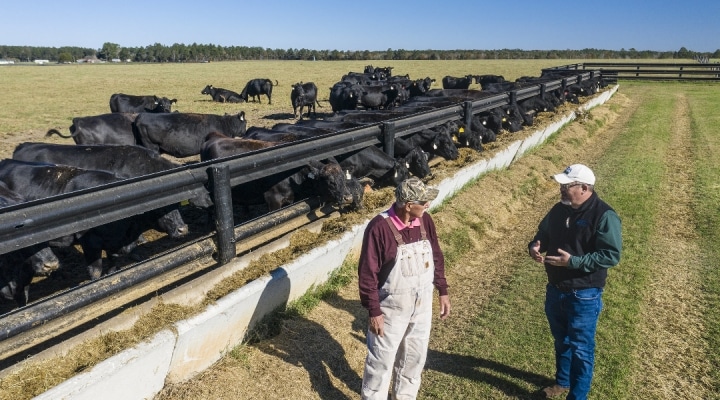 While molds and mycotoxins are among the most prevalent feed hygiene challenges producers face, they aren’t the only contaminants that threaten feedstuffs. (Stock photo via U.S. Department of Agriculture, Public Domain)

TEANECK, N.J. — Dairy and beef cows are only as healthy as the feed they ingest — so feed cleanliness and hygiene are imperative for maintaining animal health and a producer’s bottom line. While molds and mycotoxins are among the most prevalent feed hygiene challenges producers face, they aren’t the only contaminants that threaten feedstuffs. Phibro Animal Health Corporation has partnered with Dr. John Goeser, Animal Nutrition, Research and Innovation Director, Rock River Laboratory, to host a webinar on the topic of feed hygiene.

Dr. Goeser’s “Animal Nutrition Tools for Diagnosing Dairy and Beef Health and Efficiency Issues Associated with Feed Hygienic Challenges” is now available as part of the MYCOmpass™ webinar series on the Phibro Academy platform and can be accessed here: https://academy.pahc.com/catalog/info/id:352.

As a director of animal nutrition and research for Rock River Laboratory, which works with producers to analyze feedstuffs for a variety of contaminants, Goeser knows firsthand that when it comes to the feed bunk, there’s often more than meets the eye.

“Historically, producers have looked at fungal contaminants, like mycotoxins, as the potential culprit of feed-based health and production issues,” says Goeser. “While mycotoxins are extremely prevalent and are often to blame, it’s also important to consider other contaminants like certain yeasts or bacteria.”

Even without the presence of clinical signs, these contaminants may affect livestock on a subclinical level, detracting from performance and profitability, according to Goeser. It’s therefore in producers’ best interest to know what’s in their feedstuffs — and this knowledge often requires a deep analysis.

Goeser and his team are using technology to make producers aware of mycotoxin “hot spots.” Their Feedscan smart phone app captures GPS coordinates with samples, allowing customized plots with results on a U.S. map. This knowledge, combined with a deeper understanding of dietary hygiene challenges, is helping producers make educated decisions in the field, in storage and at the bunker.

“Together, we can identify the contaminants and create prioritized action and mitigation plans accordingly,” says Goeser. “This targeted approach will help producers optimize animal health and performance.”

Registration for Phibro Academy is free and includes access to Goeser’s webinar and the entire MYCOmpass Mycotoxin Webinar Series; individuals can sign up at academy.pahc.com. To learn more about AB20® nutritional specialty product, a bentonite adsorbent that reduces caking and flowability issues by binding to moisture present in feed, visit pahc.com.