Home / Michigan / Feds raid Boersen Farms amid fraud investigation
A new user experience is coming! We'll be asking you to login to your Morning Ag Clips account March 1st to access these new features.
We can't wait to share them with you! Read more here. 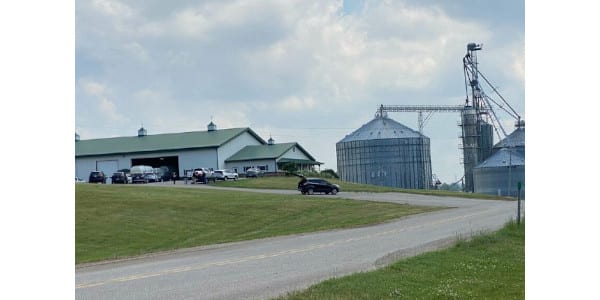 According to court documents, the Zeeland-based Boersens once farmed about 100,000 acres, making them one of the largest farming operations in the Midwest. (Michigan Farm News photo)

According to a source who asked to remain anonymous, the Boersens are being investigated for financial fraud.

“I still have property owners who are not whole,” the source told Michigan Farm News. “People are still hurting because of the lack of payment from the Boersens.”

Michigan State Police declined to comment on the investigation.

Requests for comment from Ronald Vander Veen, attorney for Stacy and Nicholas Boersen, were not returned before press time.

According to court documents, the Zeeland-based Boersens once farmed about 100,000 acres, making them one of the largest farming operations in the Midwest.

When the Boersens endured a poor crop in 2016, they fell “behind on its financial obligations,” according to court documents.

The operation has faced multiple lawsuits for defaulting on obligations to creditors since then, including a 2017 lawsuit by CHS Capital for $145 million; Monsanto Co. for $2.3 million worth of corn and soybean seeds; and Utah-based TFG Financial Group for $19.5 million in unpaid equipment leases.

Previously, Stamp mentioned to the U.S. District Court “the idea of meeting with the government and sharing information he has that could lead to prosecution of what may be one of the largest farm-fraud cases to arise in Michigan.”

The anonymous source confirmed that Stamp is referencing the Boersens.