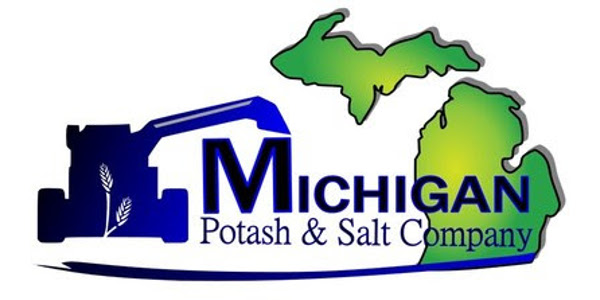 EVART, Mich. (PRNewswire) — Michigan Potash and Salt Company (“MPSC”) — The United States government has released a Federal strategy aimed at ensuring secure supplies of critical minerals and supply chain resilience, including potash. Potash is the source of potassium metal, and also the source of potassium, a nutritional requirement and important fertilizer that has no known substitutes. It is used by farmers, and also in the manufacturing of batteries, steels, and many industrial processes which impact domestic industrial, technological and defense supply chains. Potash is the only strategic and critical mineral principally responsible for food security and supply. The United States currently imports approximately 95% of its needs.

The United States farmer is more vulnerable to emergent competitive countries, consumer concentration risk, and the highest level of import reliance of potash that they have experienced since World War I. This is occurring during the globally recognized need that arable land must provide greater agricultural yield due to increased population growth.

As the United States negotiates for a balanced trade environment, the American farmer has borne the brunt of reciprocal Chinese actions as they shift purchasing power toward Brazil and other competitive food growers. “The greatest casualty has been our farmer, who is experiencing reduced purchases from China and increased potash tax from Canada. They are caught in the middle,” said Ted Pagano, the founder and CEO of Michigan Potash and Salt Company. The province of Saskatchewan, Canada announced a potash production tax increase in March. Michigan Farm Bureau president advocated the benefit of a domestic source near that same time.

In 2012, a mineral discovery was made by potash geologist Ted Pagano, the founder and CEO of Michigan Potash and Salt Company, who in collaboration with Western Michigan University identified the world’s highest-grade potash ore located over a mile beneath the surface in Western rural Michigan. The discovery is in immediate proximity to the United States corn belt, which has the greatest need. The significance of the discovery spurned a presentation before Congress in 2014, and later became a featured topic for the United States Geological Survey who estimated the value of the deposit to be $ 65 Billion dollars.

The project has been eight years in the making, advancing the project to construction ready. MPSC announced a construction agreement with Barton Malow company in March, Michigan’s largest union trade employer. The project is expected to create approximately 300 construction jobs, and over 150 direct full-time jobs while also paying royalties and creating a new industrial tax base in economically distressed rural community.

“It is of great importance that federal initiatives have pre-eminently identified the production and commercial distribution of fertilizer as necessary,” says Ward Forquer, MPSC Vice President. “Michigan and Michigan alone uniquely lends infrastructural and distribution strength to US commercial fertilizer networks given its advantaged location.”

Do you suspect grapevine trunk disease?