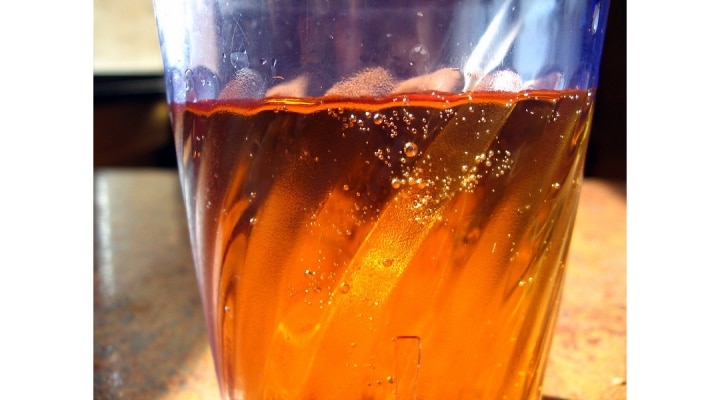 The U.S. District Court for the Eastern District of Washington entered a consent decree between the U.S. Food and Drug Administration (FDA) and Valley Processing, Inc. of Sunnyside, Wash., along with the company’s owner and president, Mary Ann Bliesner, to stop distributing adulterated juice products. (Amy, Flickr/Creative Commons)

SILVER SPRING, Md. — The U.S. District Court for the Eastern District of Washington entered a consent decree between the U.S. Food and Drug Administration (FDA) and Valley Processing, Inc. of Sunnyside, Wash., along with the company’s owner and president, Mary Ann Bliesner, to stop distributing adulterated juice products until the company complies with the Federal Food, Drug, and Cosmetic Act (FD&C Act) and other requirements listed in the consent decree. In a complaint filed on behalf of the FDA on Nov. 6, 2020, the agency stated that Valley Processing, Inc.’s juice products contained inorganic arsenic and patulin toxins at levels that can pose health risks to consumers.

In addition, during an inspection by the FDA, investigators observed that the defendants processed juice under grossly insanitary conditions and failed to adhere to relevant food safety standards. This included storing grape juice concentrate contaminated with filth and mold in off-site storage tanks and covered barrels outside for several years. Despite the contamination, the defendants combined this juice concentrate with newer lots and distributed the mixture to consumers. This included the distribution of juice for use in school lunch programs. The complaint states that the defendants promised to discontinue using the contaminated juice, but a subsequent inspection by the FDA in 2019 showed the defendants continued to blend the older juice with newer juice for distribution.

“Food processors who do not comply with FDA regulations can put consumers’ health and well-being in danger. With this consent decree, we’re taking action to protect Americans, including children in this case, from consuming foods that have been processed in violation of the law,” said Judy McMeekin, Pharm.D., FDA’s Associate Commissioner for Regulatory Affairs. “The FDA is fully committed to taking appropriate measures against those who disregard food safety standards and distribute adulterated food to the public.”

The consent decree of permanent injunction entered by U.S. District Judge Stanley A. Bastian prohibits Valley Processing, Inc. from receiving, preparing, processing, packing, holding, labeling, and/or distributing FDA-regulated products unless and until it completes corrective actions. The defendants represent in the decree that at the time of the entry of the decree, Valley Processing, Inc. had already ceased its juice processing activities. Under the consent decree, Valley Processing, Inc. must destroy any juice still in its possession. Before processing or distributing any juice or food in the future, the defendants first must notify the FDA in advance, comply with specific remedial measures set forth in the injunction, and permit the FDA to inspect their facilities and procedures.

The U.S. Department of Justice filed the complaint on behalf of the FDA.

The FDA, an agency within the U.S. Department of Health and Human Services, protects the public health by assuring the safety, effectiveness, and security of human and veterinary drugs, vaccines and other biological products for human use, and medical devices. The agency also is responsible for the safety and security of our nation’s food supply, cosmetics, dietary supplements, products that give off electronic radiation, and for regulating tobacco products.