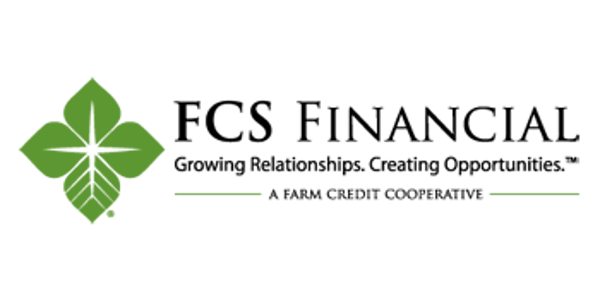 JEFFERSON CITY, Mo. — Through a mail ballot, the stockholders of FCS Financial elected four directors to the board. Elected by the cooperative’s member-owners were Glen Cope of Aurora, Mo., incumbent Mark DeShon of Clarksdale, Mo., incumbent Dan Devlin of Edina, Mo., and Beth Schnitker of Middletown, Mo. Each will serve three-year terms.

Cope, 38, serves Barry, Barton, Dade, Jasper, Lawrence, McDonald, Newton and Stone counties. He farms 2,500 acres of land throughout Barry and Stone counties in conjunction with his father and brother. Cope Farms consists of a 600-head cow-calf operation as well as backgrounding yearling cattle purchased off the farm. They also produce alfalfa and grass hay and harvest fescue seed. Cope was a director of MFA, Inc., for 12 years where he served on the audit, legislative, and foundation committees. He served on the Missouri Beef Industry Council where he was chairman for three years. He has been active at all levels of Farm Bureau serving as Barry County president, Missouri Farm Bureau Young Farmers and Ranchers committee member and chairman, and American Farm Bureau Young Farmers and Ranchers committee member and chairman. While serving as chairman of both the Missouri and American Farm Bureau Young Farmers and Ranchers committees, he also served on their board of directors. Cope spent three years as chairman of the Missouri Farm Bureau’s Beef Commodity advisory committee. He was a member of Agriculture Leaders of Tomorrow (ALOT) – Class 12. Cope serves as a commissioner for the Missouri State Soil and Water Districts Commission, director on the Missouri Agricultural Foundation board, and director on the State Fertilizer Control Board. Cope and his wife, Leanne, have a son and a daughter.

DeShon, 56, represents Andrew, Atchison, Daviess, DeKalb, Gentry, Harrison, Holt, Nodaway and Worth counties. He is married with three children and ten grandchildren. He owns 1,000 acres and rents an additional 1,500 acres. His farming operation consists of backgrounding and finishing commercial Angus cow/calf, and raising corn, soybeans, cover crops and hay. DeShon is a member of the National Cattlemen’s Beef Association, Missouri Cattlemen’s Association, I-35 Cattlemen’s Association, and DeKalb County Farm Bureau. He has served on the FCS Financial Board of Directors since 2006.

Devlin, 45, represents Adair, Clark, Knox, Lewis, Putnam, Schuyler and Scotland counties. He is a self-employed grain farmer. He and his wife, Karisha, have two children. They own 1,800 acres in Knox County and operate a grain farm raising corn, soybeans, and wheat. Devlin earned a bachelor’s degree in agriculture from the University of Missouri. He is a member of the Knox County Soil and Water Conservation District Board, MU Greenley Research Center Advisory Board where he held office as treasurer, and St. Joseph Church Finance Committee. Devlin is an alumnus of ALOT. He has served on the FCS Financial Board of Directors since 2009.

Schnitker, 51, represents Audrain, Boone, Callaway, Cooper, Howard, Montgomery, Saline and Warren counties. She and her husband, Herb, have two daughters who are active in FFA and 4-H. They own 80 acres and rent an additional 3,300 acres. Their farming consists of a commercial cow-calf operation and raising corn, soybeans, and wheat. Schnitker is a member of the Audrain County Cattlemen’s Board, Wellsville-Middletown R-I Ag Advisory Board, and a 4-H leader. Her family attends Grace Lutheran Church where she is the church pianist and secretary for the Grace Ladies’ Society.