Home / New York / Fatal deer disease on NY’s doorstep as PA reports case
A new user experience is coming! We'll be asking you to login to your Morning Ag Clips account March 1st to access these new features.
We can't wait to share them with you! Read more here. 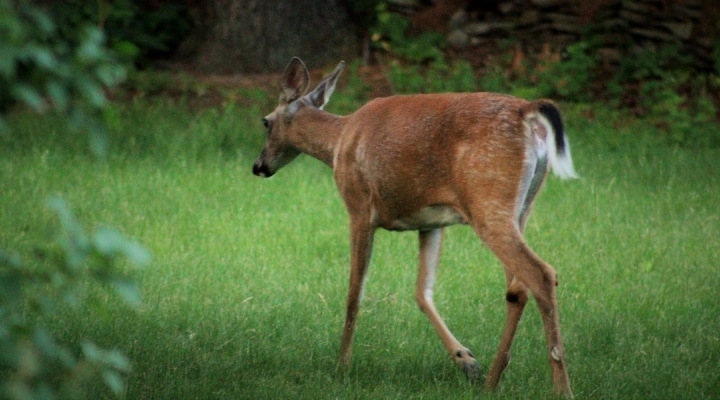 "This recent discovery will require additional surveillance on both sides of the border to determine if the disease breached the fence and is present in wild white-tailed deer," stated Krysten Schuler. (Jill Rogan, Flickr/Creative Commons)

Krysten Schuler is a wildlife disease ecologist with the Cornell University College of Veterinary Medicine’s New York State Animal Health Diagnostic Center and one of the top researchers regarding CWD. She says this positive CWD case will require a thorough investigation to make sure it did not infect wild deer in New York.

“Chronic wasting disease has increasingly plagued state wildlife and agricultural agencies with no sustainable solution in sight. New York state is the only state to have eliminated CWD after it was detected in the wild in 2005 and has taken pre-emptive risk minimization actions to prevent the introduction of the disease in recent years, including banning importation of live captive deer and intact deer carcasses.

“This recent discovery will require additional surveillance on both sides of the border to determine if the disease breached the fence and is present in wild white-tailed deer. Hunters can help by supporting the wildlife agency response and knowing CWD regulations. CWD is universally fatal to infected deer, so it is critical for people not to spread the disease further through our activities.”

Paul Guglielmo to be new face & voice of CountryMax campaign