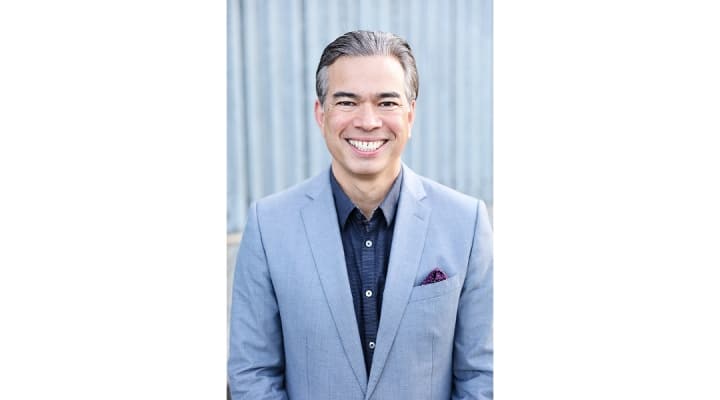 SACRAMENTO, Calif. (AP) — In 1977, Cynthia Bonta was among 3,000 people who locked arms and tried in vain to prevent 400 riot police from evicting the mostly Asian tenants of a hotel near San Francisco’s Financial District so developers could build a parking garage.

More than four decades later, her son Rob Bonta stood near that spot — now an apartment building for low-income seniors — to hear the governor of California nominate him to become the first Filipino-American attorney general of the nation’s most populous state.

Rob Bonta is a considered a shoo-in for confirmation from the Legislature. His likely ascension to one of the most powerful law enforcement posts in the country comes after more than than 50 years of community activism by his parents.

Bonta was first elected to the Assembly in 2012 and quickly carved out a reputation as a criminal justice reformer. He has called for ending the death penalty and championed legislation that outlawed for-profit prisons and ended cash bail until it was overturned by voters in November.

His father, Warren Bonta, who is white and a native Californian, marched with Dr. Martin Luther King Jr. in Selma, Alabama. His mother, Cynthia, began her activism after coming to the U.S. in 1965 from her native Philippines on a scholarship.

Their son’s nomination is a galvanizing moment for the state’s Filipino community, a group that advocates say is often a forgotten segment of California’s Asian Americans and Pacific Islanders, who account for about 16% of the state’s nearly 40 million residents.

Rob Bonta says some of his earliest memories are listening to his parents tell stories over warm bowls of sinigang, a Filipino stew.

After arriving in California., his mother quickly gravitated to the farmworkers movement led by Cesar Chavez and Dolores Huerta in the Central Valley, where Latinos and Filipinos fought side-by-side for better wages and working conditions in one of the world’s most bountiful agricultural regions.

“My parents are my heroes and my role models,” Bonta said Thursday during a news conference at the International Hotel in San Francisco. “They are fierce forces for fairness and they have fought injustice and that has been hard-wired into my DNA.”

For the first few years of his life, Rob Bonta lived in a union-owned trailer with his family. His father set up health clinics while his mother cared for the children of volunteers working to support a boycott of California produce, a move intended to pressure farm owners to provide better working conditions.

They lived on an allowance from the union that was just enough to buy two outfits per child — one for everyday use and another for special occasions.

“Everybody was a volunteer,” said Dolores Huerta, the legendary labor leader and civil rights activist who worked alongside Bonta’s parents in those days. “We all got $10 a week.”

Bonta’s family moved to Sacramento in 1977 and his mother quickly established a foothold in the Filipino community by helping organize Philippine National Day, a community gathering to celebrate the history and culture of her native country.

Rob Bonta later made it to Yale, where he was captain of the soccer team and supported himself, he said, by cleaning laundry rooms. He went on to graduate from Yale Law School, where he was a classmate of former Georgia gubernatorial candidate Stacey Abrams, and later got a job as a prosecutor in San Francisco.

Bonta is married to Alameda Unified School Board President Mia Bonta, whom he met when they were 17. They have three children. Their daughter Reina played soccer at Yale just like her father.

California is home to more than 6 million Asian Americans, the most in the country. But most of the political power is concentrated in Chinese and Japanese communities, said Robyn Rodriguez, founding director of the Bulosan Center for Filipinx Studies at the University of California, Davis.

That began to change in 2012, when Bonta became the first Filipino American elected to the California Legislature. One of his first bills in the Assembly to be signed into law required the State Board of Education to make sure curriculum about the farmworkers movement included the contributions of Filipino Americans like his mother.

Now Bonta is on track to become the second-most-powerful official in the state.

“It’s sort of emboldening us in a lot of ways, bolstering our sense of confidence that it’s possible to do what Rob did,” Rodriguez said. “People are talking very seriously now about running for local office. I’ve even thought about it.”

Bonta’s nomination as attorney general comes during an increase in violence against the Asian American and Pacific Islander community, including several violent attacks in California. Meanwhile, the California District Attorneys Association is pushing lawmakers to reject proposals that would reduce penalties for some violent offenses, arguing it would only make the problem worse.

“We’re hoping that he will do something serious as it relates to these hate crimes that we’re seeing,” said Vern Pierson, district attorney for El Dorado County and president of the association.

Bonta said he would use the bully pulpit of attorney general to “see communities and value communities that have been attacked.” He called for state officials to resist what he called the temptation to “double down on our broken criminal justice system,” saying the state needs more prevention and healing rather than mass incarceration.

Bonta said he has a photo from 1920 in his office of a sign from a hotel lobby in Stockton, California, that says “positively no Filipinos allowed.”

“So many of us have been targeted and attacked because of who we are, where we’re from and who we love,” Bonta said. “While that sign may have said ‘positively no Filipinos allowed’ in the 1920s, in today’s California, everyone is not just allowed, we belong.” 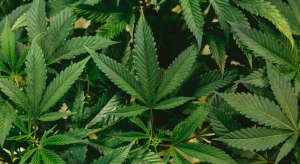 SACRAMENTO (AP) — With California’s four-year-old legal marijuana market in disarray, the state’s top prosecutor said Tuesday that he will try a new broader approach to disrupting illegal pot farms that undercut the legal economy and sow widespread environmental damage. The state will expand its nearly four-decade multi-agency seasonal eradication program — the largest in […]

USDA announces intent to pursue rulemaking on RFID use