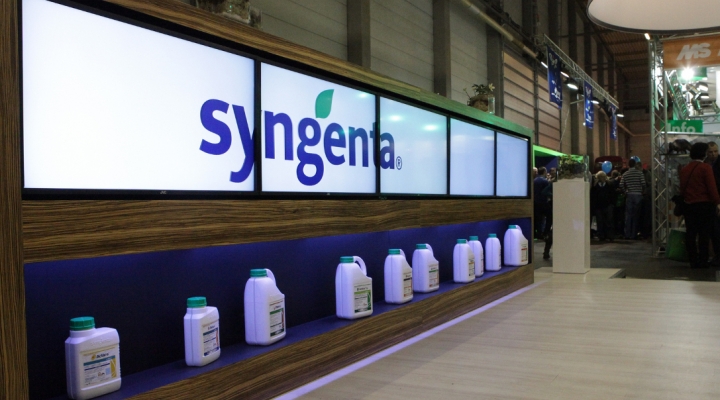 Most of the farmers suing didn't grow Viptera, but China also rejected millions of metric tons of their grain because elevators and shippers typically mix grain from large numbers of suppliers, making it difficult to source corn that was free of the trait. So they say all farmers were hurt by the resulting price drop. (agriflanders, Flickr/Creative Commons)

Syngenta vowed to appeal the verdict favoring four Kansas farmers representing roughly 7,300 growers from that state in what served as the first test case of tens of thousands of U.S. lawsuits assailing Syngenta’s decision to introduce its Viptera seed strain to the U.S. market before China approved it for imports.

The Kansas trial and a Minnesota one next month involving about 60,000 cases are to serve as bellwether trials, providing guidance for how the complex web of litigation in state and federal courts could be resolved. Attorneys can see how juries react and determine whether to settle other cases or take them to trial.

“This is only the beginning,” the Kansas farmers’ attorneys said in a statement, calling Friday’s verdict “great news” for Kansas and U.S. corn growers. “We look forward to pursuing justice for thousands more corn farmers in the months ahead.”

Syngenta began selling Viptera in the U.S. for the 2011 growing season, but China didn’t approve it until December 2014. The lawsuits allege Syngenta’s move to market the seed variety before China’s clearing of it for imports wrecked an increasingly important export market for U.S. corn, causing years of depressed corn prices. Court filings show Syngenta aggressively marketed the seeds even when it knew Chinese approval was going to be a problem.

Most of the farmers suing didn’t grow Viptera, but China also rejected millions of metric tons of their grain because elevators and shippers typically mix grain from large numbers of suppliers, making it difficult to source corn that was free of the trait. So they say all farmers were hurt by the resulting price drop.

Experts speaking for the farmers who sued said they estimate the economic damage at about $5 billion, though Syngenta has denied its actions caused any losses for farmers.

Friday’s jury award, if upheld on appeal, would be dispersed to the more than 7,000 Kansas farmers in the class, minus unspecified attorneys’ fees. But it remains unclear how much each victim ultimately will get, given that the payouts likely will be proportionate to such variables as the number of bushels each sold during a relative time period, said Don Downing, an attorney for the plaintiffs.

Syngenta said it was “disappointed” with Friday’s outcome “because it will only serve to deny American farmers access to future technologies even when they are fully approved in the U.S.

“The case is without merit and we will move forward with an appeal and continue to defend the rights of American farmers to access safe and effective U.S.-approved technologies,” the company said in a statement.

Calling Viptera “in full compliance with U.S. regulatory and legal requirements,” Syngenta added that “American farmers shouldn’t have to rely on a foreign government to decide what products they can use on their farms.”

Syngenta said it invested more than $100 million and 15 years in developing Viptera, which has a trait called MIR162 that protects against pests such as earworms, cutworms, armyworms and corn borers.

Court papers show that Syngenta initially assured stakeholders that China would approve MIR162 in time for the 2011 crop, but the date kept slipping. Some exporters sent shipments containing the trait to China anyway. After two years of accepting them, China began rejecting them in late 2013.

The Kansas trial came as ChemChina — a state-owned conglomerate also known as China National Chemical Corp. — is closing in on its $43 billion acquisition of Syngenta. Chinese companies are engaged in a multibillion-dollar global buying spree to acquire technology and brands, a move to improve their competitive edge as explosive growth in their home economy slows.