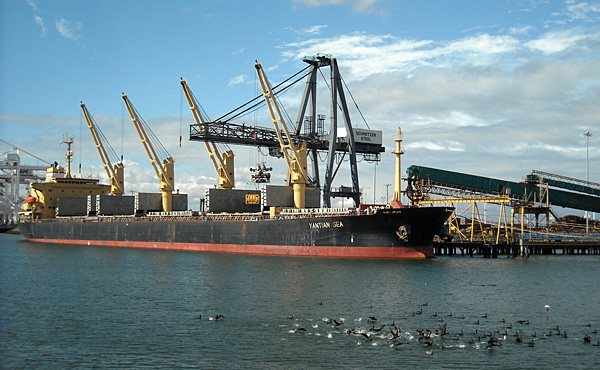 On the front burner of the U.S. trade agenda is the ratification of the United States-Mexico-Canada (USMCA) agreement that farmers across the heartland are calling on Congress to pass. (Daniel Ramirez via Flickr)

WASHINGTON — U.S. trade policy is one of the most immediate and pressing issues affecting rural America right now.

Trade has always been a vital part of farm income, and the importance of creating a level playing field for America’s farm and ranch families has only grown as the world population expands and demand for high-quality, home-grown American agriculture products rises.

And on the front burner of the U.S. trade agenda is the ratification of the United States-Mexico-Canada agreement that farmers across the heartland are calling on Congress to pass.

Signed in late 2018, the USMCA must be approved by the legislative branches of all three nations before it goes into effect. Last month, Mexico became the first country to do so with an overwhelming 114 to 4 Senate vote in favor of passage.

Meanwhile, in Canada, legislation to  approve USMCA has been introduced in parliament, with our northern neighbor expected to pass the legislation in tandem with the U.S. Congress.

However, in the United States, approval has been delayed as Administration officials and Democratic leaders continue to wrangle.

With just 10 legislative working days left before Congress leaves town for the August recess, we are close to letting another window of opportunity slip away.

Worse, if Congress does not approve USMCA before the end of this year, the trade agreement could get caught up in the crossfire of the 2020 presidential campaign and never see passage.

This would be a devastating loss for rural America which is already reeling under the sixth straight year of an agricultural recession.

According to the USDA, roughly 20 percent of our agricultural production is exported into foreign markets.

Canada and Mexico make up nearly 30 percent of these exports. In 2018, out of $145 billion in agricultural exports, Mexico and Canada accounted for $41 billion worth of exports.

And the USTR estimates that food and agricultural exports to Canada and Mexico support more than 325,000 American jobs.

USMCA was negotiated to maintain this record of success for U.S. agriculture while building upon it, offering new market opportunities to help improve farm gate prices and lift agriculture out of recession.

Farm Policy Facts recently spoke with John Gilliland, one of America’s top trade attorneys specializing in agriculture, who emphasized that expanding trade opportunities is equal to investing in our communities.

“Agricultural exports are really important to vast swaths of our country,” Gilliland says. “The importance of trade is felt throughout not only our rural economy but the urban communities as well that rely on the jobs provided by the agriculture and food industries.”

Approval of USMCA will strengthen our trading relationships with Mexico and Canada, resulting in job growth and economic benefits for rural America at a time when our nation’s farm and ranch families need it most.

Ambassador Doud emphasized the importance of this trade agreement in his recent congressional testimony, saying that “passage of the United States – Mexico – Canada Agreement is an absolute necessity for U.S. agriculture.”

The clock is ticking. It’s time to pass USMCA.

Top stocks that could benefit from hemp rule