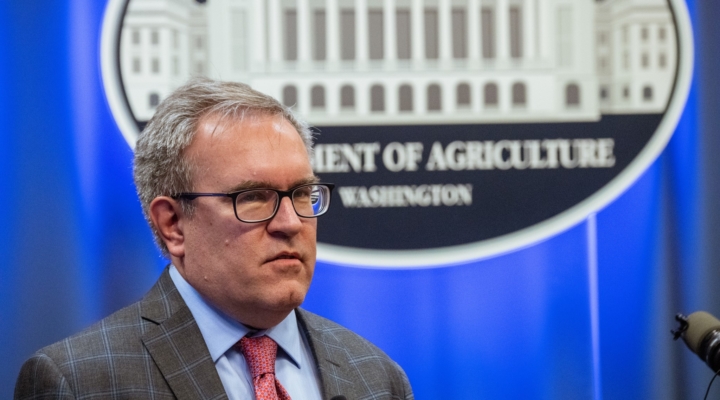 LEBANON, Tenn. (AP) — The Trump administration on Tuesday called on farmers to throw their support behind a proposal to withdraw federal protections for many of the country’s waterways and wetlands.

“When Obama-EPA put forward these definitions, they claimed it was in the interest of water quality. But it was really about power, power in the hands of federal government over farmers, developers and land owners,” Wheeler told the several hundred person crowd in the small town of Lebanon. “We are here today to tell you that we’re putting an end of that power grab.”

Environmental groups have warned the proposed overhaul will be a grave assault on the aims of the 1972 Clean Water Act, the foundational U.S. water protection law.

The event was hosted by the Tennessee Farm Bureau, where Tennessee Gov.-elect Bill Lee, U.S. Sen.-elect Marsha Blackburn and U.S. Rep.-elect John Rose — all Republicans — were in attendance among other top agricultural representatives who praised the regulatory rollback of the so-called Waters of the United States rule.

Wheeler stressed he anticipates the new EPA’s plan will likely draw more than a million responses once it is up for public review in January. He said the EPA received more than 900,000 submissions during the last major effort to repeal the federal water protections — largely from advocates opposing the change.

To counter potential negative feedback from environmental groups, Wheeler urged farmers to make sure their voices are heard.

“The EPA has done its job, now all of us in this room have to help to get this over the finish line,” he said.

The changes would affect what waterways and wetlands fall under jurisdiction of the EPA and the U.S. Army Corps of Engineers. The Trump administration would remove federal protections for wetlands nationally unless they are connected to another federally protected waterway.

Groundwater, stormwater, most farm ditches, wastewater treatment systems and land already converted for crops would also no longer be regulated under the Clean Water Act.

The Clean Water Act bans polluting any “water of the United States” without a permit. However, pinning down a definition of such water has been the subject of legal scrutiny for decades.

“Big polluters could not have crafted a bigger free pass to dump if they wrote it themselves,” said Blan Holman, managing attorney for the Southern Environmental Law Center’s Charleston office, in a statement on Tuesday. “This administration’s efforts to dismantle the Clean Water Act are a full-frontal assault on one of our country’s most important and longstanding environmental safeguards that has prevented unchecked and unlimited pollution from contaminating our waterways and drinking water sources for nearly 50 years.”

Others counter the protections are an obstacle to farmers and businesspeople — adding that the current state of regulations has caused confusion for land owners, particularly when it came to permit requirements for protecting those federally protected waterways.

“We believe that farmers are rule followers … when you begin with that premise, it’s very unsettling to be on our own land doing what you’ve done for years and then having a federal regulator give you a summons,” Perdue said.

A scaling back Obama’s waterways regulation was a top priority for President Donald Trump when he took over the office. He signed an executive order in 2017 ordering the EPA to eliminate “this very destructive and horrible rule.”

Obama’s administration implemented the rule in 2015, where it asserted that the federal government had oversight of a large range of ditches, lakes, and other bodies of smaller streams and tributaries that fed into waterways protected by the Clean Water Act.