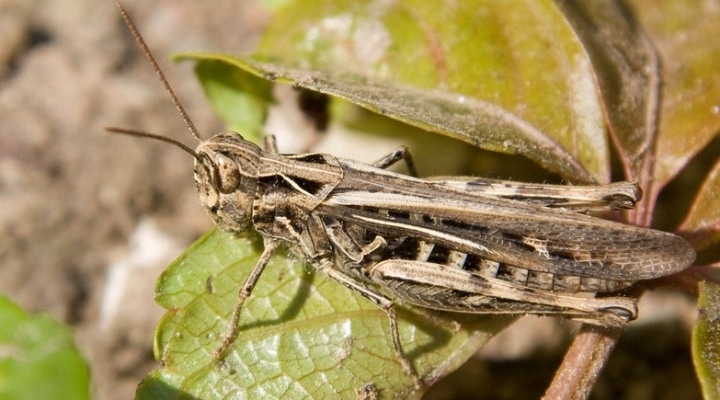 The aim is for farmers to use the app to record the location and volume of locusts to enable the targeted delivery of pesticides to prevent swarms from spreading and decimating crops in their path. (Stock image via Bogdan Suditu, Flickr/Creative Commons)

LINCOLN, Neb. — A new smartphone app to tackle pests destroying crops has been developed – and it could soon help farmers whose lands are being decimated by swarms of locusts, something the UN has called for “rapid action” action on.

The team of researchers from the University of Lincoln, UK, has designed and built the specialist app, called MAESTRO*, which can recognise locusts and grasshopper pests through the smartphone’s camera and record their GPS location.

The aim is for farmers to use the app to record the location and volume of locusts to enable the targeted delivery of pesticides to prevent swarms from spreading and decimating crops in their path. The next stage is the development of a cloud server which the app data will be uploaded to so that the pest’s location can be identified in real time.

This potential targeted approach enables the precise use of pesticides to reduce the magnitude of locust swarms.

In January the United Nations Food and Agriculture Organization (FAO) warned that a Desert Locust outbreak in the Horn of Africa could provoke a humanitarian crisis as swarms of the pest continue to migrate and devastate crops in its path, and is calling for urgent international support to fight the worsening upsurge.

Dr Bashir Al-Diri from the School of Computer Science at the University of Lincoln led the study. He said: “Each year, approximately 18 million hectares of land are damaged by locusts and grasshoppers, impacting hugely on farmers and their productivity.

“Monitoring techniques currently rely on field surveys by people through digging insect eggs, but this information only helps farmers to make mid and long-term forecasting decisions and can delay effective management measures.

“Our goal is to help farmers identify and record the spread of locusts on their land before they start to develop air borne swarms. We hope this new app will eventually put more knowledge and more power into the hands of the farmers. They will be able to predict insect population and spread, and act quickly and accurately to save their crops.”

To build the new software, the scientific team gathered more than 3,500 images of locusts to train the system behind the app, which can also recognise a variety of terrain and plant growth.

With its advanced computer vision technology, the developers hope that the app framework will be used for a wide range of other applications in the future to capture and document key crop pests and diseases.

For example, it could easily be adapted to help individuals identify plant diseases and access expert advice on how to combat them, or to digitally capture the number and type of birds and wildlife in specific locations as part of national and international surveys.

The app can be downloaded for free directly to a smartphone of PC by visiting https://lcas.lincoln.ac.uk, and the dataset is also available via the same link.

–University of Lincoln, UK
via EurekAlert!

Of mice and mushrooms