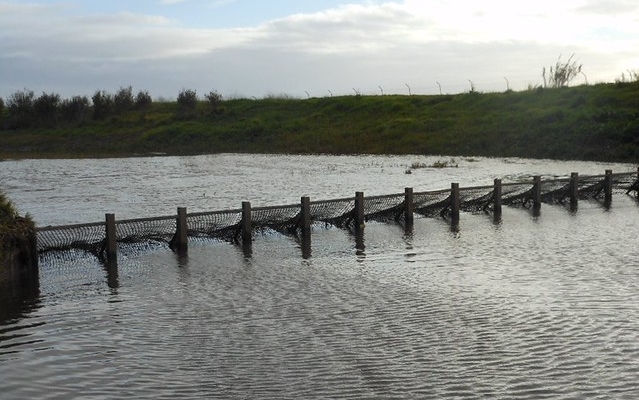 The U.S. Environmental Protection Agency and Army Corps of Engineers finalized a rule in June 2015 that significantly expanded the definition of “waters of the United States,” also known as “navigable waters,” under the Clean Water Act. (photo by Michael Coghlan, creative commons/flickr.com)

WASHINGTON — Last week the Trump administration repealed the 2015 Waters of the U.S. rule—a big win for farmers across the nation.

“Repeal of the Waters of the United States rule is good news for farmers, who have faced a web of confusing and unclear rules related to our land-use decisions,” said Virginia Farm Bureau Federation President Wayne F. Pryor. “Federal regulations shouldn’t be a game of ‘gotcha,’ and landowners should have fair warning about what activities are regulated and what landscape features are protected.”

The U.S. Environmental Protection Agency and Army Corps of Engineers finalized a rule in June 2015 that significantly expanded the definition of “waters of the United States,” also known as “navigable waters,” under the Clean Water Act.

The 2015 WOTUS rule attempted to clarify the distinction between state and federal waterways. However, the rule failed to achieve its goal of regulatory certainty and allowed EPA and the Corps to regulate activities on dry land and over remote, isolated wetlands under the Clean Water Act. That resulted in 31 states, agricultural and business groups challenging it in court.

In 2018, the agencies proposed a new Clean Water rule that would put in place a WOTUS definition that preserves states’ authority over local land and water use. That new proposal recognized that waters that don’t fall under the WOTUS definition are still protected by state and local laws as well as federal statutes.

“Virginia’s farmers want to preserve the natural resources on our farms for our children, and for their children,” Pryor said. “The commonwealth recognizes about 1,500 farms that have been in the same family for more than 100 years. We want to leave something of inherent and lasting value. Moreover, we want to leave behind more than a business; we want to leave a legacy.”

That legacy includes clean water, and we look forward to a solution that is workable for our farms and our communities.

American Farm Bureau Federation President Zippy Duvall emphasized that farmers and ranchers share the goal of protecting the U.S. water supply, “but the 2015 Waters of the United States rule was unreasonable and unworkable. It made conservation more difficult and created huge liabilities for farmers.”

Duvall added that Farm Bureau’s multi-year effort to raise awareness of the overreaching provisions of WOTUS was powered by thousands of grassroots members who joined together to defeat the regulation.

VFBF members were among those who wrote letters to the EPA protesting the rule, and some even traveled to Washington for the recent announcement. Powhatan County Farm Bureau president Max Timberlake was one of them.

“I wanted to be there to represent the many farmers who helped make a difference in the repeal of WOTUS,” he said. “I believe it was Farm Bureau’s grassroots influence that made a significant difference.”

Timberlake, a hay crop farmer, said he was concerned that if WOTUS hadn’t been repealed, it would have caused significant trouble for farmers. “EPA wanted to manage every mud puddle, and that was what was so overreaching about the regulation.”

Agribusinesses can apply for value-added grants through March 22
January 10, 2021