Home / Pennsylvania / Farmers in four PA counties encouraged to document conservation practices
A new user experience is coming! We'll be asking you to login to your Morning Ag Clips account March 1st to access these new features.
We can't wait to share them with you! Read more here. 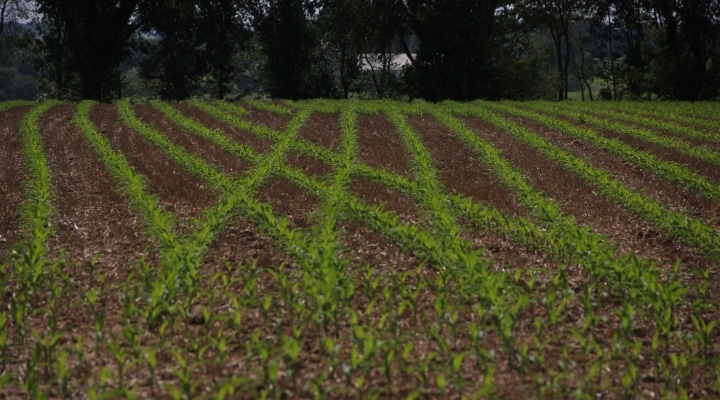 If you’re a farm operator in any of four Pennsylvania counties — Lancaster, York, Franklin and Adams — you will have a chance to highlight what steps you have taken to protect and enhance water quality in your local streams and the Chesapeake Bay. (photot by Chesapeake Bay Program, creative commons/flickr.com)

UNIVERSITY PARK, Pa. — If you’re a farm operator in any of four Pennsylvania counties — Lancaster, York, Franklin and Adams — you will have a chance to highlight what steps you have taken to protect and enhance water quality in your local streams and the Chesapeake Bay.

Several agricultural and governmental organizations have partnered to develop a survey that asks producers to document conservation practices they have adopted to promote water quality and soil health in the bay watershed.

“Pennsylvania agriculture has done much to improve water quality in our local rivers and streams and the Chesapeake Bay,” said Matt Royer, director of the Agriculture and Environment Center in Penn State’s College of Agricultural Sciences. “Yet that positive story often is not told. We are giving farmers a chance to tell that story.”

The survey follows a successful effort undertaken in 2016, when farmers across Pennsylvania’s portion of the Chesapeake Bay watershed were invited to complete a similar survey. Nearly 7,000 did, resulting in many conservation practices reported and credited in Chesapeake Bay cleanup efforts.

Yet even with that successful effort, Royer explained, conservation practices on an estimated 80% of Pennsylvania farms in the bay watershed remain unreported. In addition, farmers who responded to the 2016 survey will have a chance to report new practices implemented since then, report on annual practices such as nutrient management and cover crops, and report on the continued success of previously reported practices.

The survey is being administered by the Penn State Survey Research Center, which will mail the survey to farmers in these four counties, seeking their participation. College of Agricultural Sciences researchers will analyze the responses, and cumulative results will be provided to Pennsylvania’s Chesapeake Bay Office to document the practices farmers have adopted to conserve soil and water and protect water quality.

Farmers have the option of filling out the paper version of the survey or completing it online. Participants are asked to submit their responses by Wednesday, April 1.

Ten percent of the participants will be selected randomly for farm visits by Penn State Extension to assess inventory results and help researchers better understand the methods used and challenges encountered when adopting various management practices.

Responses will be completely confidential and never will be associated with a farmer’s name or location, according to Royer, the lead researcher for the survey.

“The results reported to Pennsylvania’s Chesapeake Bay Office will be provided in summary form and will not include any names or locations of survey participants,” Royer said.

Rick Roush, dean of the College of Agricultural Sciences, noted that many of the conservation practices that farmers have implemented over the years are not accounted for in tracking the progress made toward meeting priority water quality goals, including cleaning up the Chesapeake Bay.

“This is especially true where farmers have adopted these practices on their own initiative and by using their own dollars,” Roush said. “This survey will allow farmers in the highest priority counties in the Chesapeake Bay watershed to report conservation practices implemented on their farms so the agricultural community can get the credit it deserves for improving water quality. We also hope it will help us set priorities for research and extension educational programs that can assist producers in identifying and adopting appropriate best management practices.”

While this year’s survey targets Lancaster, York, Franklin and Adams counties, future phases of the project will reach out to farmers in other counties of the Chesapeake Bay watershed, Royer noted.

Spot on: Efforts to stop spotted lanternfly are ongoing for Penn State, agencies