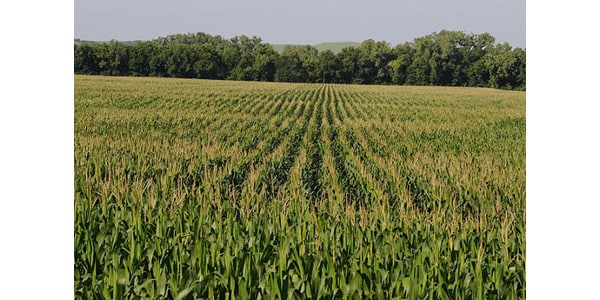 Farmers hoping for rain may get their wish in the final days of October, but the three-month outlook seems less promising. (File photo)

MANHATTAN, Kan. — It may sound like a common refrain in farm country, but we sure could use some rain around here.

Kansas State University northeast area agronomist Stu Duncan talks weekly with extension agents across the state and many are sending the same message: The fall crop harvest has gone well, and much of next spring’s wheat crop is in the ground.

“But it is dry,” Duncan said. “It’s great weather for harvest, but not so good for seeding wheat. It’s going to take rain to get most of the later-seeded wheat up right now. And the ground is hard. That’s what we’re dealing with right now.”

Listen to an interview by Jeff Wichman with Stu Duncan on the weekday radio show, Agriculture Today

Mary Knapp, the assistant state climatologist at K-State, said producers have “hopeful eyes” on a measure called the Quantitative Precipitation Forecast, which gives a picture of how much moisture might be received in the next seven days.

“The latest forecast (from Oct. 21) has a significant amount of rain falling in the eastern third of the state,” Knapp said. “The heaviest is in the southeast, where 1 ½ to 2 ½ inches might accumulate.”

She said the amount of rainfall expected through the end of October tapers off in the  north and west. “Further west, generally less than a quarter of an inch is expected,” Knapp said.

“Amounts less than a quarter of an inch will do little to improve conditions. One-quarter to 1 ½ inches will provide short-term relief, maybe enough to get wheat or other fall crops started.”

Unfortunately for farmers, Knapp said, a three month outlook beginning in November is for conditions that are warmer and drier than normal.

“What I can tell producers is that they should plan for a normal year, though I’m still not sure what a normal one is,” Duncan said. “As a farmer, you go for the norm, plan for success, but then be ready to pivot if you have to.”

In addition to satisfying their crops, farmers could use a little rain to help in restoring farm ponds or other supplies of water, and to anchor down some of the dry soil that is at risk for erosion. Duncan said the extension agents also are telling him that some farmers are getting a bit anxious about having enough feed to get livestock through the winter months.

An interview with Duncan is available online on the weekday radio program, Agriculture Today. Farmers can also get weekly updates from K-State Research and Extension in the Agronomy eUpdate, published by the Department of Agronomy.

More information on weather conditions, forecasts and other weather-related data in Kansas is available online from Kansas Mesonet.