Home / National / Farmers fret and wait as trade war escalates
A new user experience is coming! We'll be asking you to login to your Morning Ag Clips account March 1st to access these new features.
We can't wait to share them with you! Read more here. 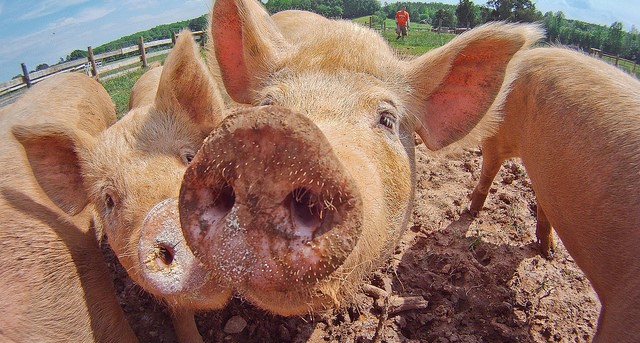 MINNEAPOLIS (AP) — Many anxious American farmers are delaying purchases and investment while hoping for a truce in a U.S.-China trade war that has left their crops at a competitive disadvantage overseas.

President Donald Trump’s administration on July 6 carried out its threat to impose 25 percent tariffs on $34 billion worth of Chinese products, alleging that Beijing steals or pressures U.S. companies to hand over technology. China responded with similar duties on the same amount of U.S. imports — including soybeans and pork. The administration July 10 announced a second possible round targeting $200 billion worth of goods. Beijing vowed “firm and forceful measures” in response.

“From a farmer’s perspective all you can do is wait and hope, which aren’t very good options,” said Michael Petefish, who grows soybeans and corn near Claremont in southern Minnesota. “If you can afford not to be selling your beans now, just put them in the bin and store them and wait for better markets. That’s about all you can do.”

Wanda Patsche and her husband, Chuck Patsche, stand to be doubly affected. They grow corn and soybeans and raise pigs near Welcome in southern Minnesota. She said the main thing they and their neighbors have done to cushion themselves is to delay investment in their farming operation.

“There will be no equipment purchases, no improvements, just holding our own. Basically a holding pattern. And hoping things are going to get worked out fairly quickly,” she said.

Farmers often hedge against price downturns by selling part of their crop on the futures market, locking in an early price for crops they’ll harvest in the fall. Patsche said she and her husband marketed a little of their 2018 crop, so they can count on a profit for those bushels, but they’d take a loss if they sold any more at current prices. So they’re hoping the markets get some good news that will send prices back up.

Greg Bartz, who farms near Sleepy Eye in southern Minnesota’s Brown County, said he sold most of his 2018 corn and soybean crop earlier this year before trade fears sent prices plunging. He pointed out that that’s a gamble that can backfire if prices ultimately go up.

“You never know, and you don’t know what production is going to be, either,” said Bartz, the county’s Farm Bureau president.

One of the few things farmers can do for now is to make themselves heard. Petefish and other farmers from the American Soybean Association and the American Farm Bureau Federation descended on Capitol Hill on July 11 to tell lawmakers and staffers how they stand to become collateral damage in the trade war unless there’s a resolution soon.

“A lot of people aren’t very optimistic, unfortunately,” said Petefish, president of the Minnesota Soybean Growers Association. “They’re not sure of the end game, and that’s what everyone is trying to ascertain: What is the plan?”

They also included Joe Ericson, whose family grows soybeans, corns and wheat near the eastern North Dakota town of Wimbledon. Ericson, president of the North Dakota Soybean Growers Association, said the tariffs put farmers like him who are Trump supporters in an awkward position.

“I fully support my president, but it’s tough to defend it,” he said. “We don’t really defend tariffs; we defend fair trade. We wish there were other ways he could go about finding a solution.”

Petefish has been telling people how the price plunge is already costing farmers like him. Soybeans have dropped more than $2 a bushel on the Chicago Board of Trade in the last few weeks due to the trade tensions. That means the 2017 beans left in his bins are suddenly worth a lot less.

And that hit comes on top of already low commodity prices that have cut farm incomes by 50 percent since 2012, he said.

“If you’re not already in the red, this will push you into the red for this year,” he said.

The ultimate impacts may become clearer this fall. At that point many farmers may have to sell at least part of their new crops at the market price, as low as it may be, just to pay bills.

“We forward-contracted a lot of our stuff, but if it continues on, next year will be tighter,” Ericson said. “If you did a good job marketing I think you’ll be OK. A lot of people selling right off the combine — that’s going to hurt them. When the combines start rolling, that’s when you’ll really start seeing it.”

“Right now farmers don’t know what that means,” he added.