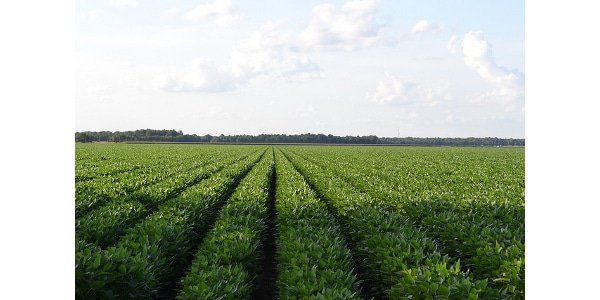 Some widely used dicamba herbicides are officially banned beginning in August, though the nation’s cotton, corn and soybean planters have an opportunity to utilize existing stocks in the next few weeks. (United Soybean Board via Flickr)

WASHINGTON –Some widely used dicamba herbicides are officially banned beginning in August, though the nation’s cotton, corn and soybean planters have an opportunity to utilize existing stocks in the next few weeks.

A June 3 ruling by the 9th U.S. Circuit Court of Appeals banned dicamba herbicides made by three of the world’s largest chemical companies. The court vacated the registrations for Bayer’s Xtendimax, BASF’s Engenia and Corteva’s FeXapan.

However, the Environmental Protection Agency will allow farmers to use existing stocks that were in their possession, or purchased by June 3, until July 31.

Dicamba is formulated to control annual and perennial broadleaf weeds like pigweed, known to choke out existing crops. Its use became controversial around 2016 due to its tendency to drift from treated fields into neighboring fields under certain application conditions. Organisms not modified to resist dicamba can die from it. Dicamba works by stimulating growth at a rate too fast for nutrients to sustain the plant.

“This year’s crops have already been planted, and there’s no turning back,” Rowe explained. “Without question, this decision and its unfortunate timing in the middle of the growing season will have a negative financial impact on farmers who are already stressed, and an impact on crop yields and food production.

“Despite the court’s decision, the clarity provided by the EPA and the Virginia Department of Agriculture and Consumer Services have offered some certainty for farmers who were left wondering how they would protect their crops, utilize existing dicamba and stock America’s pantries.”

But farmers who already stocked up for the season have a tight deadline.

“Many of them have made the planting decision already and have a crop in the ground that is dicamba-tolerant, and they had planned to use dicamba for weed mitigation,” said Allison Crittenden, director of congressional relations for American Farm Bureau Federation.

Virginia’s grain and soybean farmers also are concerned about the precedent set by the ban. “When the courts start banning herbicides, where does it actually stop?” asked Jay Hundley, Essex County Farm Bureau president. “The next thing you know, we can’t use our other products.”

Benefits of therapeutic horseback riding go beyond the ring

Va. farmers grow millions of poinsettias for the holidays
November 29, 2020