Home / California / Farmers explore small-scale tech at new event
A new user experience is coming! We'll be asking you to login to your Morning Ag Clips account March 1st to access these new features.
We can't wait to share them with you! Read more here. 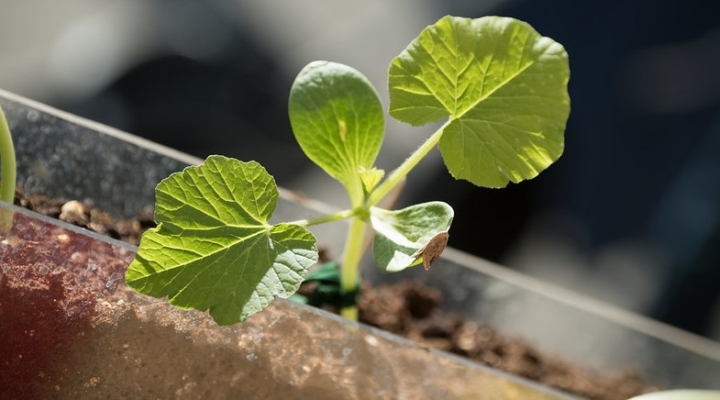 This inaugural event, hosted by CAFF, The Farmers Guild and the Santa Rosa Junior College will showcase what's possible for small-acre and sustainable agriculture. (U.S. Department of Agriculture, Public Domain)

SONOMA CO., Calif. — Tools and technology can help farmers improve efficiency, save labor and connect with their customers. But so many of today’s innovations, from Silicon Valley software to self-driving tractors, benefit large-scale production, paying little attention to the needs of smaller-scale producers. Enter the Small Farm Tech Expo coming to Sonoma County, CA this December.

This inaugural event, hosted by CAFF, The Farmers Guild and the Santa Rosa Junior College will showcase what’s possible for small-acre and sustainable agriculture. From live demos of cost-effective hand tools to workshops on sales software, tractor exhibits to discussions of new soil-sensing technologies that help farmers better understand and steward their land.

This event comes during an era of massive consolidation in the agricultural industry, a time when America loses four farms per day, the average age of operators creeps toward sixty, and over half of all farm businesses report negative net income. Rising labor costs, coupled with a labor shortage, is driving a mad rush for mechanization by industrial-scale operations, hastening the “get big or get out” ideology that has gripped American agriculture for more than a generation.

“These trends perpetuate two myths,” says Evan Wiig, the Expo’s organizer. “Firstly, that technology is synonymous with environmentally-exploitive corporate agriculture. And secondly, that smaller-scale farmers are old-fashioned. We know this isn’t the case. And nor should it be if there’s any hope for an alternative to Big Ag in the twenty first century.”

But the role of technology in agriculture is complex. In the 1970s, a team of UC Davis researchers debuted the first mechanical tomato harvester, an automated goliath that revolutionized the industry, increasing efficiency–for those who could afford it. As for those who couldn’t: in the first five years after the machine’s release, 4,428 of 5,000 tomato growers threw in the towel, unable to compete.

In response, a group of farmers and advocates fought back, suing the UC for using funds meant to support family farming for tech that benefited only a few. Their efforts not only pressured the University to establish the Small Farm Center and the Sustainable Agriculture Research & Education Program, but that same group coalesced to form Community Alliance with Family Farmers, the organization that four decades later is hosting the Small Farm Tech Expo.

But in the tech-infused year 2019, with new challenges facing farmers, CAFF is now seeking out more appropriate technology. Some of it already exists and will be on display at the event, hosted at the SRJC’s Shone Farm on December 8th and 9th. Other tools have yet to be invented. Leading up to the Expo, the “Innovation Challenge” aims to do just that: inviting farmers, engineers and crafty tinkerers to submit their own ideas to help small farms thrive, be it cutting-edge tech or just a welded jerry-rig. Innovation Challenge proposals are being accepted through October, with the winners announced at the Expo in December and showcased at agricultural conferences throughout the winter.

Admission to the Expo is $30, or $20 for students, new farmers and farmworkers.

Promoting a new generation of growers