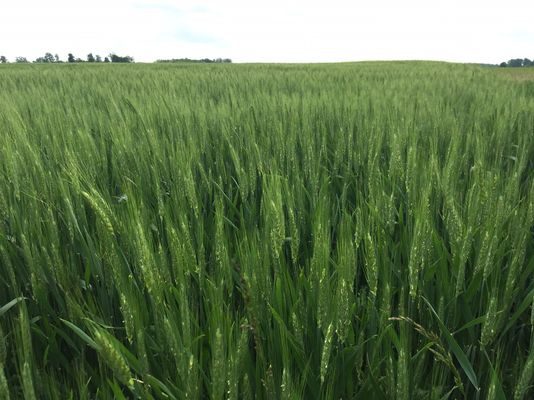 The U.S. Department of Agriculture’s National Agricultural Statistics Service’s Nov. 6 crop progress and condition report estimated that 91 percent of Virginia’s barley crop had been planted, and winter wheat planting was at 60 percent. Both crops are ahead of the 5-year average for planting progress.

Harper said he’s “interested to see how the wheat acres turn out this year. Overall domestic acreage is down, and that’s usually a function of price. But back in June and July we had a brief rally in winter wheat futures, and a number of our producers priced a portion of their 2018 crop then.”

“Wheat has always been financially a good bet for us,” he said. “It’s definitely not as sensitive to drought as corn is. Our yields are higher than the state average, so consequently it has always been a money-making crop for us.”

Many Virginia farmers plant a winter cover crop or leave crop residue in their fields to reduce erosion over the winter months.

“I want some type of cover on the ground at all times. I do not want to be able to see bare dirt in February,” Black said. “Basically, it has completely reduced our runoff problems.”

Winter wheat crops germinate and then go dormant during the coldest months of the year. They later recover and are harvested in the spring.

Black said he typically starts planting as early as September, and it’s dormant for several months.