Home / National / Farmers concerned over labor source
A new user experience is coming! We'll be asking you to login to your Morning Ag Clips account March 1st to access these new features.
We can't wait to share them with you! Read more here. 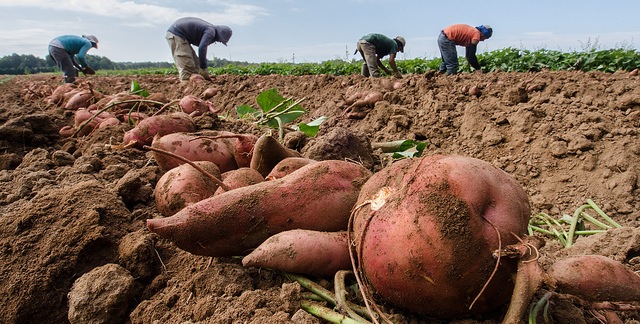 FRESNO, Calif. — Days after Donald Trump won the White House vowing to deport millions of people in the country illegally and fortify the Mexican border, California farmer Kevin Herman ordered nearly $600,000 in new equipment, cutting the number of workers he’ll need starting with the next harvest.

Herman, who grows figs, persimmons and almonds in the nation’s most productive farming state, said Trump’s comments pushed him to make the purchase, larger than he would have otherwise.

“No doubt about it,” Herman said. “I probably wouldn’t have spent as much or bought as much machinery as I did.”

Others in California’s farming industry say Trump’s tough campaign talk targeting immigrants in the country illegally — including a vast number of farmworkers — spurred them into action, too.

They’re calling on congressional representatives to educate the incoming president on the workforce it takes to feed the country, and they’re assuring workers they’ll protect them.

The festivities began in a serious tone. The topic of immigration took a bigger part of the conversation this year because of Trump, he said.

Del Bosque told his crew he’ll make sure the new administration knows their vital role in the farming industry. It’s a message Del Bosque wants his managers to spread to another 300 seasonal workers needed at the harvest’s peak.

Leticia Alfaro, a food-safety supervisor at the farm, said in an interview that many of her friends who work in the fields don’t have proper documentation like her, and they take Trump’s threats seriously.

“They’re terrified by his comments,” Alfaro, 53, said in Spanish.

They fear being deported and torn from their children who were born here, she said. After Trump takes office, they wonder if it will be safe to make a simple trip to the grocery store, fearing checkpoints where they’ll be pulled over and have to show their documentation.

“California might be ground zero,” he said of immigrant families living in the shadows. “But it’s not a unique California issue.”

The fear stems from Trump’s campaign rallies, where he received a rousing response each time he vowed to deport people who are in the country illegally — up to 11 million. That position softened after Trump won the election, when he said he’d start with 3 million with criminal records.

Some farmers point to Trump’s postelection shift as a sign his campaign bluster won’t become reality. He is, after all, a businessman like them, they say. But others believe this shift underscores the president-elect’s unpredictable nature.

“Our workers are scared,” said Joe Garcia, a farm labour contractor who hires up to 4,000 people each year to pick grapes from Napa to Bakersfield and along the Central Coast. “If they’re concerned, we’re concerned.”

Since Election Day, Garcia’s crews throughout the state have been asking what will happen to them when Trump takes office. Farmers also are calling to see if they’ll need to pay more to attract people to prune the vines, he said.

Garcia tells farmers not to panic. They’ll learn how many return from Mexico after the holidays. “We’ll plan around what we have,” he tells them. “That’s all we can do.”

Roughly 325,000 workers in California do the back-breaking jobs that farmers say nobody else will do, according to the U.S. Bureau of Labor Statistics. Manuel Cunha Jr., president of the Nisei Farmers League farming association, estimates 85 per cent of California farmworkers live in the United States illegally.

Farmers for years have scrambled under a shrinking labour pool.

Mexico’s improving economy has slowed the flow of migrant workers. The dangerous border, controlled by drug cartels and human traffickers, keeps away others.

Herman, the farmer who bought three new almond sweepers, said Trump influenced him on top of California’s rising minimum wage and a new law giving farm labourers overtime rights that are equal to workers in other industries.

Plus, Herman said, he’s heard too many workers question whether they’ll return from their holiday trips to Mexico. “It’s stories like that that have motivated me to become efficient and upgrade my equipment,” Herman said.

Nassif said he isn’t privy to the details of Trump’s immigration policy. He’s recommended that Trump allow farmworkers to stay by putting immigrants in the country illegally who are otherwise law-abiding residents on a period of probation under conditions that they pay taxes, learn English and obey all laws.

“I think he’s looking at people who have committed more serious crimes and start with them first — and rightly so,” said Nassif, picked by Trump’s campaign team to serve on an agriculture advisory committee. “I think there’s less reason to worry than most people believe there is.”