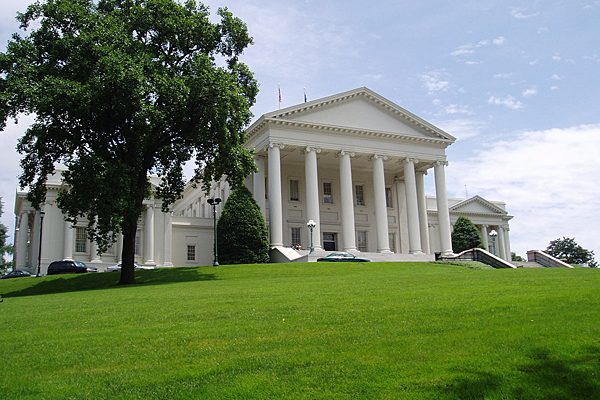 Virginia farmers received praise for their stewardship and political involvement Jan. 27 from a state official and a delegate whose district is urban and suburban. (Wikimedia Commons)

RICHMOND, Va. — Virginia farmers received praise for their stewardship and political involvement Jan. 27 from a state official and a delegate whose district is urban and suburban.

County Farm Bureau presidents and other volunteer leaders gathered Jan. 27 and 28 for a Virginia Farm Bureau Federation conference for county presidents and the annual VFBF Legislative Day. Participants in the latter met with state senators and delegates about issues that have an impact on agriculture.

Secretary of Natural Resources Matthew J. Strickler commended farmers for their work to protect the Chesapeake Bay, its tributaries and other waterways. “These are exciting times” for those with an interest in farming and food, he said.

“The public is interested in who grows their food and where it comes from. There’s a growing number of people who want to get into farming.”

At the same time, Strickler acknowledged, regulations related to water quality can present challenges for producers. He assured farmers that he and Gov. Ralph Northam want to help agriculture prosper.

He affirmed that an increase in funding for the state’s cost-share program for agricultural best management practices would help Virginia meet its water-quality goals, and that the program could provide “a stable, consistent level of funding to run us through the finish line” for those goals.

Strickler also commended the state’s farmers for their embrace of Virginia’s Resource Management Plan program, noting that 457 farm plans had been developed as of Aug. 31, 2018, and 128 are on track to be certified before June 30. “It’s been the most successful program in the Chesapeake Bay region,” he noted.

Del. Mark L. Keam, D-Fairfax, said farmers also can play a key role in informing legislators like himself who have not farmed and have few farmers among their constituents. Keam said he’s learned a lot in the past decade from Farm Bureau producer members.

“I ask questions when I don’t know something, and I hope that by me asking questions, it will help others (learn too),” he said.

Keam noted that Virginia’s political landscape and demographics have changed significantly in that time, and “there are more people with my (nonfarming) background than there used to be. You need to make sure you make new friends (among urban and suburban legislators) all the time.”

He said farmers’ commitment to keeping all state legislators informed about agriculture, its challenges and its emerging issues, is critical. “Help us understand, articulate your views to others. At the end of the day it isn’t about politics or partisan. Make sure we are representing you. Keep politics out of farming and agriculture issues, and keep people like me a champion.”