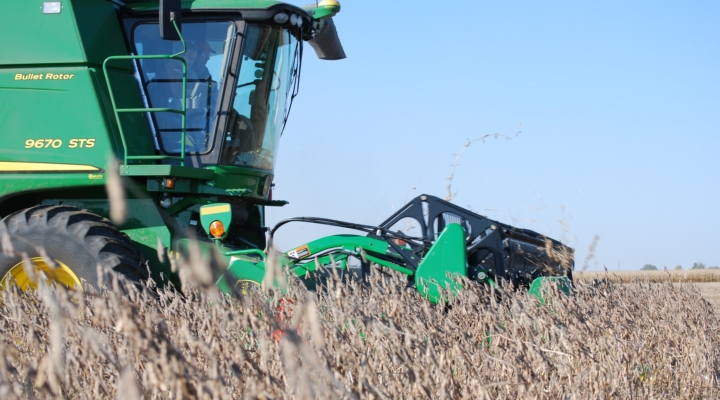 China had suspended U.S. soybean purchases earlier this year but under the truce agreed to buy more U.S. farm products. The country typically buys between 30 million and 35 million metric tons of U.S. beans in a normal year. (United Soybean Board, Flickr/Creative Commons)

BISMARCK, N.D. (AP) — The resumption of soybean sales to China this week is encouraging to American farmers who have seen the value of their crop plummet amid a trade war with the world’s second-largest economy, but producers see it only as a small step and say they need more federal aid.

Private exporters reported sales of 1.13 million metric tons of soybeans to China on Thursday and another 300,000 metric tons on Friday, the U.S. Department of Agriculture said. The Thursday report was the ninth-largest daily sale since 1977, according to the agency’s Foreign Agriculture Service, and it comes less than two weeks after the Trump administration reached a three-month truce in its trade war with China during which the two sides will try to work out their differences.

Davie Stephens, a Kentucky farmer who serves as president of the American Soybean Association, said the resumption of sales is “positive news” but that “it is vital that this 90-day process result in lifting the current 25 percent tariff that China continues to impose on U.S. soybean imports.”

“Without removal of this tariff, it is improbable that sales of U.S. soybeans to China can be sustained,” he said.

China had suspended U.S. soybean purchases earlier this year but under the truce agreed to buy more U.S. farm products. The country typically buys between 30 million and 35 million metric tons of U.S. beans in a normal year.

News of the U.S. sale might prompt some farmers to sell some of the soybeans they have stored on their farms, in part because South American crops will be hitting the world market within a couple of months, said Huron, South Dakota, farmer Brandon Wipf, who serves on the American Soybean Association board.

“We have a narrow window out of which to operate,” he said. “I think you’ll see some farmers selling, some holding on for a little better prices.”

No beans are moving yet out of North Dakota, which typically sends most of its annual crop to Pacific Northwest ports from which the beans go overseas to southeast Asia.

“It may take some time to get the shuttle trains in place and get ocean-going vessels stationed at the PNW,” said North Dakota Soybean Growers Association Executive Director Nancy Johnson. The sale announced this week is for delivery after the new year, she said, and it did not significantly boost prices.

January soybean futures in early Friday trading on the Chicago Board of Trade gained 40 cents to about $9.06 a bushel. That’s down from almost $15 a bushel four years ago and nearly $10 a bushel 18 months ago.

Soybean farmers are getting the largest share of a federal program created to compensate producers up to $12 billion for trade-related losses, though this year’s payment of 82 cents a bushel doesn’t match a market price drop of about $2 per bushel since May.

The Trump administration has said another 82 cents might be approved next year if a trade deal isn’t reached. Both the American Soybean Association and the National Farmers Union this week pushed for a second payment while the administration works on a long-term trade solution.

“The farm sector has already lost far more value to this trade war than the (compensation) payments will provide, and damages due to lost markets will persist long into the future,” Farmers Union President Roger Johnson said. “The administration should be doing everything it can to protect the men and women who feed, fuel and clothe this nation.”

North Dakota U.S. Sen. John Hoeven, chairman of the Senate Agriculture Appropriations Committee, said Friday that he stressed the importance of the second payment to Office of Management and Budget Director Mick Mulvaney.

Not getting a second payment could be a “deal-breaker” for some farmers in terms of their support for the Trump administration, according to Wipf.

“They would see that as a broken promise by the administration,” he said. “We’re of course encouraging the administration not to make the miscalculation that this little bit of detente we have with China has suddenly fixed all the problems we have.” 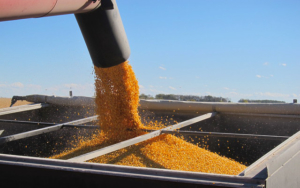