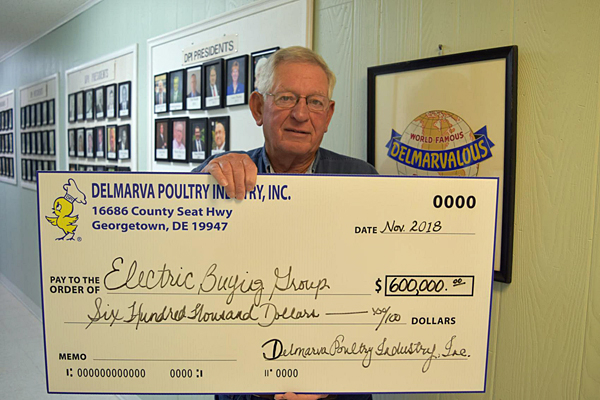 GEORGETOWN, Del. — Delmarva Poultry Industry, Inc. negotiated with electricity providers to secure a new supply rate for its members in a new electric buying group that is 11 percent lower than the supply rate in DPI’s expiring electric buying group. The result: Hundreds of DPI members, including farmers and businesses, will realize significant savings on their electricity bills.

Over the three-year life of the electric buying group, its members are expected to save more than $600,000. On average, each member will save more than $1,000 a year in electricity costs. Each DPI member included in the new contract will receive a letter from DPI over the next two weeks with additional contract details, including specific savings to be realized. Also for the first time, DPI negotiated the ability to add a limited number of new members to the new contract at the negotiated rate of 7 cents per kilowatt-hour.