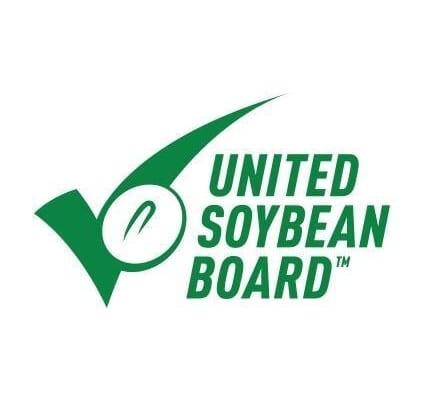 Secretary of Agriculture Sonny Perdue appointed eight new U.S. soybean farmers to the United Soybean Board (USB) and reappointed 11 directors for an additional term. These farmer-leaders will be officially sworn in for service at the annual USB meeting in December and will serve a three-year term. (Courtesy Logo)

ST. LOUIS, Mo. — Secretary of Agriculture Sonny Perdue appointed eight new U.S. soybean farmers to the United Soybean Board (USB) and reappointed 11 directors for an additional term. These farmer-leaders will be officially sworn in for service at the annual USB meeting in December and will serve a three-year term.

“Every board member plays an integral role by lending their expertise and industry insights to determine checkoff investments that benefit all U.S. soybean farmers,” said USB Chair Jim Carroll III from Arkansas. “The soy checkoff is led by a dedicated and diverse group of farmers, and I look forward to working with each of the newly appointed leaders to move our industry forward and further innovation.”

The soy checkoff provides significant value to farmers by leveraging checkoff funds in investments and programs to build preference for U.S. soy across the country and around the world. Authorized by the Soybean Promotion, Research, and Consumer Information Act, the United Soybean Board is composed of 78 members representing 29 states, in addition to the Eastern and Western regions. The number of seats on the board is determined based on bushels produced in that region. Members must be soybean farmers nominated by a Qualified State Soybean Board.

“Board members have farms of almost every size and type, from those just starting out with a handful of acres to those with larger operations. Many of our farmer-leaders have a deep knowledge of demand opportunities and production research who are on the cutting edge with their minds on the future,” said USB Vice Chair Dan Farney from Illinois. “But every single one of them shares the goal to advance markets and profitability for U.S. soybean farmers.”

Visit unitedsoybean.org to learn more about the work of the soy checkoff.

About United Soybean Board: United Soybean Board’s 78 volunteer farmer-directors work on behalf of all U.S. soybean farmers to achieve maximum value for their soy checkoff investments. These volunteers invest and leverage checkoff funds in programs and partnerships to drive soybean innovation beyond the bushel and increase preference for U.S. soy. That preference is based on U.S. soybean meal and oil quality and the sustainability of U.S. soybean farmers. As stipulated in the federal Soybean Promotion, Research, and Consumer Information Act, the USDA Agricultural Marketing Service has oversight responsibilities for USB and the soy checkoff. For more information on the United Soybean Board, visit unitedsoybean.org.

How does wind erosion affect farming in Washington state?
May 10, 2021