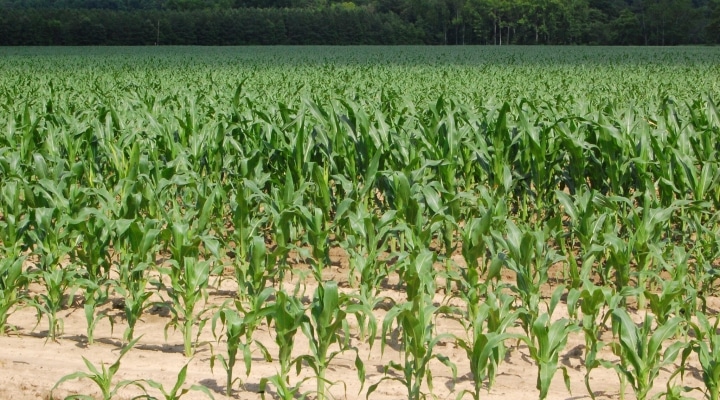 WASHINGTON — Bookings for record-breaking shipments of U.S. corn and soybeans to feed a Chinese hog herd recovering from African swine flu has bumped the crop price to multiyear highs.

That demand means U.S. grain growers will fetch a good price, while livestock farmers are concerned that higher feed costs, and the potential loss of pastureland, will impact their bottom lines.

The U.S. Department of Agriculture recently confirmed three separate sales of U.S. corn China for delivery in the 2020-21 year, ending Aug. 31. Those sales total 3.74 million tons, or 147 million bushels. A January booking of 1.7 million tons is the sixth-largest, single-day sale of U.S. corn since 1977, and two of the sales to China last summer are in the top five.

“Farmers are excited about it, because the more demand we have, the higher their cash price goes,” said Robert Harper, grain division manager for Virginia Farm Bureau Federation. “Today in Virginia, looking at the futures market, we’re around a six-to-seven-year high on corn prices, and we’re at an eight-year high on soybean prices.”

Harper said so much feed grain was purchased that U.S. supplies are low, so he expects prices to stay elevated throughout the summer.

Significant movement in agricultural markets can reward or punish farmers. Soaring grain prices mean the cost of production goes up and profits narrow for livestock producers like Jacob Gilley of Heaven’s Hollow Farm in Orange County. His farm purchases up to 4 tons of feed grain a week for his beef cattle.

“Based on my math, there’s been a 27% cost increase for our purchased feed since September,” said Gilley, vice president of Orange County Farm Bureau, and mid-Atlantic sustainable grazing manager for American Farmland Trust. “And because input costs are higher at the feedlot level, it impacts what buyers will pay for calves we produce.”

If feed prices stay high, “we may see another influx of pasture-to-cropland conversion, which makes it harder to lease pastureland, when crop producers can make more money on that acreage.”

But agriculture is cyclical “if you can stay in business until it comes back your way,” Gilley added.

Corn and soybean farmer Steven Crocker, president of Isle of Wight Farm Bureau, contracted his 2020 corn crop too early to get the hot prices, but he hopes the China sales will ultimately benefit Virginia’s grain farmers.

“I’m cautiously optimistic,” Crocker said. “The contracts are good, even if they’re not helping too many local farmers yet. It’s still good news for next fall’s price. I’ve already bought seed, so I plan on planting!”