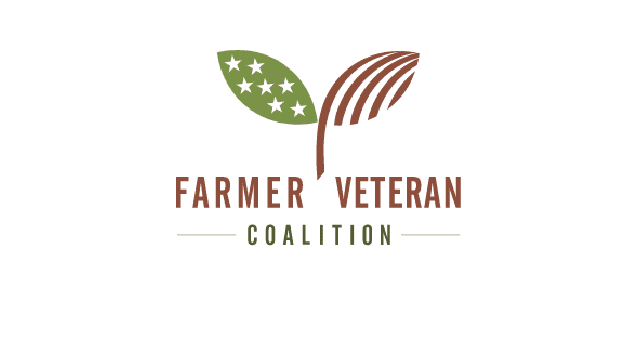 These four new state organizations join a growing network of state chapters now numbering 13 that boast ties to a national organization dedicated to cultivating a new generation of farmers and food leaders while helping our veterans with their new post-service mission. 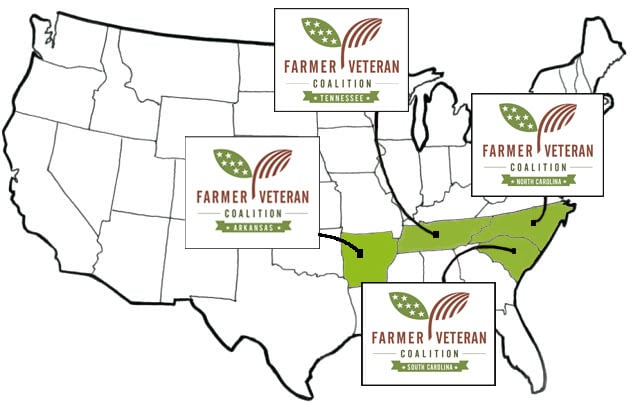 The Farmer Veteran Coalition (FVC) is a non-profit that helps veterans pursue careers in agriculture. Headquartered in Davis, California, they service a network of over 20,000 veteran members nationwide. FVC works with the agricultural community, partners and sponsors to support those who served our country once by defending it, and now serve a second time as farmers feeding it.

Many operate their own independent farms.

“Ever increasing numbers of our military veterans come from rural areas,” says Michael O’Gorman, the project’s Founder and Chief Agricultural Officer. “We find ways to offer them opportunities in agriculture. We assist veterans obtaining everything from equipment, business plans, financial advice and training.”

Chapters are effective at integrating farmer veterans into local agricultural communities. They bridge the gap between a nationally driven movement and resources at the state/county level to help them achieve success in agriculture. They are essential for ensuring members are aware of regional opportunities.

FVC relies heavily on its state leaders to connect with members; they offer an additional way to personalize the farmer veteran experience to individual needs.

“Because national travel remains uncertain, our chapters may be the first to organize local gatherings and on-farm training opportunities that are so important to our members,” shared O’Gorman, whose greatest pride is helping these veterans with their new mission.

“Even as we are unable to engage in person on a larger scale, chapter organizers are networking with local farmer veterans through teleconference capabilities; the growth is occurring despite COVID-19.”

This, in part, fueled FVC’s goal for significant chapter development in 2020.

To facilitate this growth, FVC standardized the governance of chapters last year.  In Austin last November for their national Stakeholders Conference, more than 200 veterans dedicated an extra day to learn about building presence in their states showing their commitment to serving others and explanding Farmer Veteran Coalition impact across the U.S.

Arkansas, North Carolina, South Carolina and Tennessee are the first to emerge as official new chapters since that gathering.

“Having these four new state chapters moves us one step closer toward our long-term vision of regional expansion in sync with the USDA’s ten farm production regions,” beamed Jeanette Lombardo, who recently took over as FVC’s Executive Director in July. “We have committed considerable time and resources towards developing more active chapters as we move into 2021.”

The new chapters at a glance…

“We are humbled to serve the veteran farmers of Arkansas and come alongside the national organization as we become a voice and source of support for an incredible community of Americans.” – Michael Sparks, President
•   Serving 500 Arkansas members
•   Primary crop is rice, but ag in the state is diverse
•   Formation started in the Fall of 2019 with the Vets4Ag Summit – a trifecta of Arkansas Farm Bureau Federation, Arkansas Dept of Veteran Affairs, and the Arkansas Dept of Agriculture.
•   Jason Smedley of Arkansas Farm Bureau led the charge.  He is a Marine Corps veteran and a small farmer himself, and now holds a seat on the chapter board.

“‘To be rather than to seem,’ is the state motto of North Carolina. That is what we are seeking to do with the launch of FVC of North Carolina. To be supportive of the military members who have served this country. To be part of the backbone of the agricultural industry which is No. 1 in the state of North Carolina. To be what we are: veterans who are farmers and ranchers, in service once again to our country.” – Lovay Wallace Singleton, President
•   Serving 1,000 North Carolina members
•   Top crops are cotton, soybean and corn
•   Wallace-Singleton is the Founder of Veterans Employment Base Camp and Organic Garden.  She was essential in getting the team across the line. Her dedication and commitment are a testament to how she treats every challenge in life – one step at a time, and you will get it done!
•   Farm Bureau NC was critical in ensuring the chapter’s formation. Debbie Hamrick has been on the organizing committee since its inception and motivated them to the win every step of the way.

“We are so excited that South Carolina is the newest addition to the Farmer Veteran Coalition family. We know that our chapter will provide the support needed across the Palmetto state to help mobilize South Carolinians to feed America.” – Matthew Rutter, President
•   Serving 500 South Carolina members
•   Veterans farming 800,000 acres of the state
•   One in ten South Carolina adults are veterans, with South Carolina ranking ninth in the United States in military retiree population.
•   Members grow a tremendous variety of products from truffles to apples to commodity crops to livestock.
•   Chapter President, Matthew Rutter of Project Victory Gardens, is an eighth generation South Carolinian.  He strongly advocated for a state chapter, drawing support from the South Carolina Secretary of Veteran’s Affairs, the Commissioner of Agriculture, and numerous stakeholders.

“The creation of the Tennessee Chapter of the Farmer Veteran Coalition is the culmination of months (and in some cases, years) of hard work by a great team of people with a shared interest in supporting veterans in agriculture.  We look forward to creating a stronger community of farmer veterans across the state and finding new ways to network and share resources.” – Ron Bridges, President
•   Serving 1,000 Tennessee members
•   Initially started their work in 2017 and have patiently waiting to launch while National revamped the chapter ordinance.  They quickly became one of the first to do so under the new process.
•   Ron Bridges is an Army veteran and professor of biology at Pellissippi State Community College.
•   Tim Prather, now retired from University of Tennessee Extension, was essential in making this chapter happen.

Farmer Veteran Coalition is the nation’s largest nonprofit organization assisting veterans and active duty members of the U.S. Armed Forces to embark on careers in agriculture. With the mission of mobilizing veterans to feed America, it provides education, resources and small grants to help veterans launch their own farming operation or find employment in related agricultural professions. Established in 2008, Farmer Veteran Coalition’s network of more than 20,000 veteran members from all 50 states and U.S. territories are served by mentors in the areas of agricultural production, law, business planning and career counseling.  Its in-house programs include the Farmer Veteran Fellowship Fund small grant program, and the nationally recognized Homegrown By Heroes label for veteran-grown products. FVC has been successful in getting  millions of dollars of USDA funds appropriated for farmer veteran and the groups that support them.  They have built an extended community of organizations that look to them for leadership and guidance as the pioneer in this military-to-agriculture movement. Learn more at: www.farmvetco.org.

If interested in learning more about forming a chapter in your state, or connecting into your existing state chapter, visit www.farmvetco.org/chapters/ or contact Doris Mold at chapters@farmvetco.org.

Could "murder hornets" find a home near you?