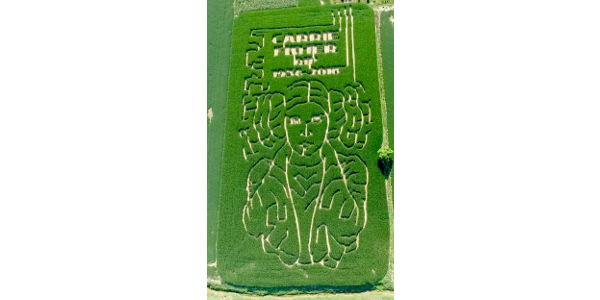 Jeremy Goebel designed the maze in February, more than a month after Fisher’s late December death, and planted it this spring using a GPS device. The corn is now mature and its trails outline the “Star Wars” character’s face, distinctive hairstyle and part of her upper body.

Goebel tells the Evansville Courier & Press that as a longtime “Star Wars” fan he “wanted to pay tribute to Carrie Fisher.”

The maze at Goebel Farms in Evansville, Indiana, honors Fisher with trails above Leia’s head that spell out “Carrie Fisher RIP 1956-2016.” The maze opens to paying customers this weekend.