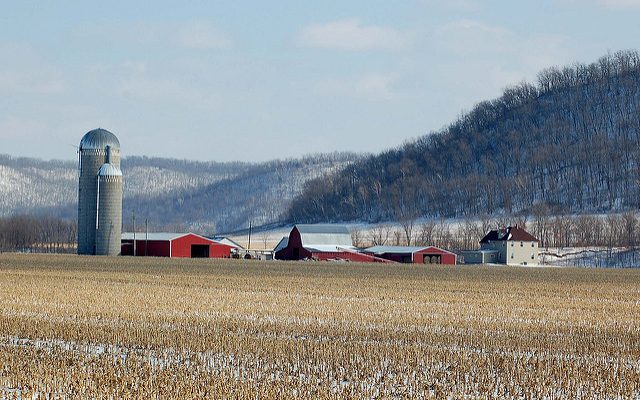 Since 2010, DTN has surveyed farmers three times a year to determine their opinions about their current economic situation and about that situation in the year to come. (Derek Bakken via Flickr)

MINNEAPOLIS — Perhaps the old adage “I’d rather have a good crop and lower prices than high prices and no crop,” was taking hold as 2017 came to a close. That’s one explanation of why farmers would feel increasingly better about their conditions despite flat grain prices and the signs of lower livestock prices, according to the most recent DTN/The Progressive Farmer (DTN/PF) Agricultural Confidence Index (ACI).

The survey, which was conducted in November 2017, told of increasing optimism, posting an overall score of 113, up 9 points from August and 15 points higher than the “Trump Bump” survey of a year ago.

More importantly, farmers’ attitude about their current situation was twice as positive as November 2016, despite growing concerns from ag lenders and little end in sight to flat commodity prices.

Since 2010, DTN has surveyed farmers three times a year to determine their opinions about their current economic situation and about that situation in the year to come. Those answers create a score for farmers’ “current condition”, how they feel about their businesses at the time of the survey; and a score for their “future expectations” for the coming year. Those two scores are combined to create the Ag Confidence Index. Index levels above 100 are considered optimistic, those less than 100 are viewed as a pessimistic attitude.

Since 2016, farmers have been hopeful, while incomes and financial conditions are flat to downward. According to the report, farm income statements and balance sheets don’t seem to have improved from where they were 12 months ago.

The report went on to say that there has been some downward pricing pressure on seed inputs, the growers are gaining cost relief by switching to lower priced options, backing away from some of the traits to save money, and even going to non-GMO seeds in response to premiums being offered at elevators. The shift to more soybean acres is another way growers may have gained cost relief since soybeans cost so much less per acre to grow versus corn, using a lot less fertilizer and much lower seed costs per acre.

Health care premiums under the Affordable Care Act, known as Obama Care, had become one of the largest expense items on many farms. In some cases, exceeding crop insurance premiums. While those costs haven’t come down for everyone, the continued effort to repeal the ACC could be seen as positive by farmers.

The relatively positive outlook also fits with overall farm income levels, as farm profits are predicted to be relatively stable in 2017 following three consecutive years of decline, according to November figures from the USDA’s Economic Research Service.

Regionally, Midwest farmers were the least optimistic, particularly with the present condition. They set current conditions at a still-pessimistic 66, though up 16 points from August and more than 25 points above November 2016.

Southwest producer ratings actually fell, with the overall index of 119, down 25 points from August and down 14 from a year ago.

Comparing farms that identified as predominantly crop- or livestock-based, it’s no surprise crop farmers had a lower present situation score – 87 versus 118 for livestock producers. Given the most recent downturn in cattle prices, it’s also no surprise that crop producers have more hope for the year ahead, giving expectations a 129 versus the 110 dip for livestock operations.

A separate survey, conducted simultaneously with ACI, examines agribusiness owner confidence. Historically, the DTN/PF survey of agribusiness owners have produced more moderate scores, never reaching the optimism nor pessimism of their farmer customers. That held true for the 100 business owners surveyed in early December. The overall Agribusiness Confidence Index was a slightly positive 102, down slightly from August by nearly 20 points, but above November 2016. Agribusinesses rated present conditions at 103, expectations at 101.

The next Ag Confidence Index will be released in April. 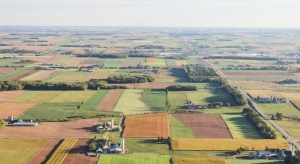 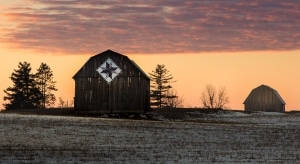 WEST LAFAYETTE, Ind. — Farmer sentiment improved modestly in December as the Ag Economy Barometer rose to a reading of 174, up 7 points from November. December’s sentiment improvement still left the barometer 9 points lower than in October. Both of the barometer’s sub-indices, the Index of Current Conditions and the Index of Future Expectations, were higher in December […]