Home / Oklahoma / Farm succession plans difficult but necessary
A new user experience is coming! We'll be asking you to login to your Morning Ag Clips account March 1st to access these new features.
We can't wait to share them with you! Read more here. 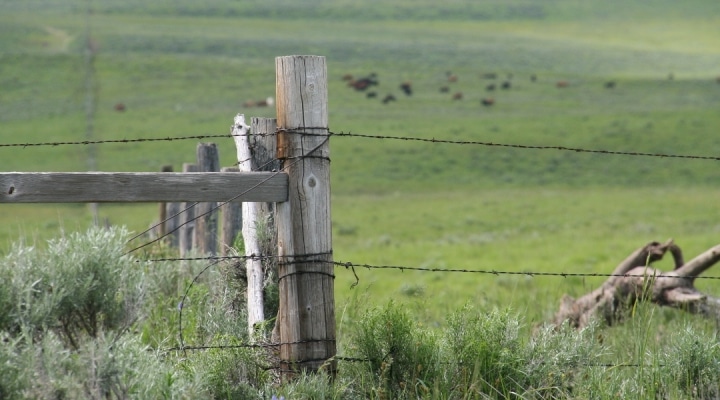 For lack of succession planning, family farms can fall victim to division and liquidation, effectively ruining the operation after generations of sweat equity and priceless memories. (Courtesy Photo)

STILLWATER, Okla. — Merlin Schantz has been dwelling lately on what might seem like existential questions surrounding his mortality and what he will leave behind for the next generation.

For Schantz and many other agricultural producers like him, such musings are not hypothetical. The family farm in Hydro, Oklahoma, represents an inheritance of monetary value as well as priceless childhood memories for his four adult children, and he doesn’t want their hard work to crumble after five generations.

Even with help from Oklahoma State University Department of Agricultural Economics experts, he’s come to the conclusion that succession planning is just as difficult as tending crops in the field.

“Right off the top, unfortunately, you’ve got to deal with what you owe.  I don’t want to leave any debt to my kids,” Schantz said during a short break recently during wheat harvest.

“And how do you work it out between the siblings who are still working on the farm and those who have moved away? How do you evaluate what’s a fair division for the next generation when their goals and interests are so different? These are definitely not easy questions,” he said.

The sweeping impacts of the COVID-19 pandemic forced many ag families to examine their own contingencies and operational continuity, said Shannon Ferrell, OSU Extension agricultural law specialist. Ferrell has seen an increase in farmers and ranchers interested in the seminars he offers on the topic. As vaccinations increase, he’s planning a series of in-person presentations in the Panhandle.

“I have been absolutely bombarded with inquiries from people confronting this,” he said. “It typically involves one of two perspectives: One, they lost somebody in the pandemic and are trying to deal with the administration of a farm estate they weren’t expecting. Or two, they’ve seen so much loss in other families that they’ve been prompted to address it for themselves sooner rather than later.”

When it comes time to consider passing a business from one generation to the next, family farms face the same challenges as any other ongoing interest, Hobbs said. Whether a bank, retail shop or cow-calf operation, sometimes the founder’s offspring don’t feel the same calling, for example, or circumstances take them to another town or there are conflicts within the family or there might be no heir apparent at all – in other words, life gets messy.

In rural settings, the potential for loss can feel even more acute because the investment in land and day-to-day flow is difficult to recapture once lost. Land assets comprise about 85% of the typical family held farm balance sheet, Ferrell said. Without a succession plan, default inheritance laws fall into place, and they usually involve asset liquidation.

That was the highly publicized case of the Annuschat family in Okarche, Oklahoma, when four of eight siblings recently died from COVID-19 and the remaining family couldn’t agree on how to divide the dairy farm. The youngest of the surviving adult children struggled to buy the land at auction. Ferrell said it’s a sad scenario that could have been avoided.

“One of the more common questions is, ‘Only one of my kids wants to come back to this as their full-time job and the others don’t. How do we handle the fact that so much of our wealth is tied up in this farm?’” he said. “In other words, ‘How do we do this equitably if not equally?’”

One of his sons, Aaron Schantz, said the family had several difficult discussions to ensure he, his brother and two sisters were comfortable with the arrangement.

“It was important that everyone was invited to the table,” Aaron Schantz said.

Hobbs said that might be the most important step of all: clear communication among all the stakeholders. Sometimes a family member may want nothing more complicated than the right to fish in the farm pond or to share the hunting experience with their own children.

“You can attach dollar figures to almost anything, but it’s always the emotional details that get you,” Hobbs said.