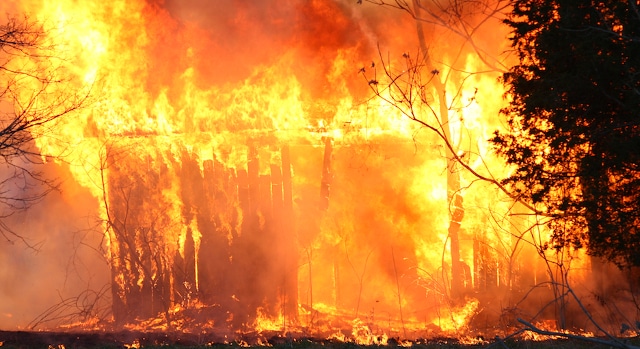 The family still plans to rebuild the barn once two other buildings are repaired. (Stock photo via Chuck Grimmett, Flickr/Creative Commons)

STRATHAM, N.H. (AP) — A family that lost a nearly 185-year-old barn on their New Hampshire farm that’s been the backdrop for political events for Republican politicians has sunflowers in the spot for now and recently celebrated a grand reopening.

The fire burned down a four-story, 80-foot-long barn at the Scamman Farm in Stratham in May.

“It’s just so beautiful and we’ve been getting a lot of phone calls through the summer asking if they can come take photos in the sunflower patch,” farm manager Sue Fernholz told Seacoastonline.com. “It shows that there’s beauty in life after tragedy.”

Fernholz said the sunflowers were planted to pay tribute to the sister of a family friend who died last year.

The family still plans to rebuild the barn once two other buildings are repaired.

“We’re going to take the winter to figure out what our needs are (for the new barn),” Kirk Scamman said.

Former Presidents George W. Bush, and his father, George H.W. Bush, had visited the farm. Mitt Romeny, the 2012 Republican presidential nominee, launched his campaign there, and Republican Scott Brown announced his U.S. Senate run there in 2014.