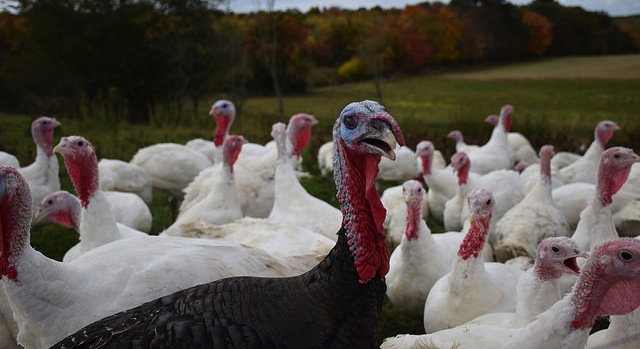 The family finished rebuilding the barn in June and has cut the number of turkeys raised from 14,000 to 10,000. (U.S. Department of Agriculture, Flickr/Creative Commons)

LANCASTER, Mass. (AP) — A Massachusetts turkey farm is rebounding a year after a devastating fire killed about 7,000 birds and despite the retirement of the family farm’s 90-year-old patriarch.

Bob Van Hoof, who recently retired, started the farm in 1954.

His daughter, Susan Miner, tells the Telegram & Gazette is unsure about the future of the farm, saying younger people aren’t as interested in farming and the farm is not big enough to be automated.

But she also says she doesn’t see herself retiring anytime soon.

The family finished rebuilding the barn in June and has cut the number of turkeys raised from 14,000 to 10,000.