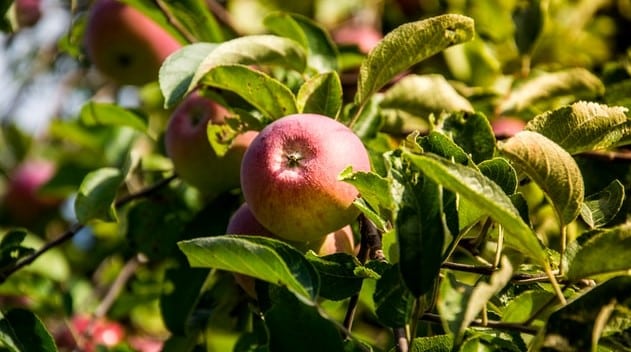 The farm owner is complying with all COVID-19 health recommendations and quickly moved to put measures in place to keep anyone who may have been contagious from coming into contact with other workers, said Health Commissioner Dr. Mark Levine. (Photo by Arūnas Naujokas on Unsplash)

SHOREHAM, Vt. — A total of 26 migrant workers at a large apple orchard in Vermont have tested positive for the coronavirus, state officials said Monday, leading to the biggest one-day increase in cases since June 3 in a state that has consistently had one of the nation’s lowest infection rates.

The apple pickers at Champlain Orchards in Shoreham arrived in Vermont on Sept. 14 and were in a 14-day quarantine when the Health Department learned last week that one of them had tested positive, officials said.

The workers who tested positive are in the country legally on visas given to temporary farm workers, officials said. They did not say where the 26 infected workers were from, but state Deputy Agriculture Secretary Alyson Eastman noted that that many foreign apple pickers in Vermont are from Jamaica. They had flown into New York’s Kennedy Airport and took a bus together to Vermont, she said.

The Health Department offered testing to all the workers over the weekend, leading to the latest results, and contact tracing was underway, said Health Commissioner Dr. Mark Levine.

The infected workers were living together and have been isolated, officials said.

“At this time, the outbreak is contained to the farm, and I want to emphasize there is no known risk to the public,” Levine said at a news briefing. “It is also safe to eat apples and other products that were grown or produced by the orchards.”

People who have been apple picking in the last several weeks or who visited the farm stand are not at risk, either, he said.

The farm owner is complying with all COVID-19 health recommendations and quickly moved to put measures in place to keep anyone who may have been contagious from coming into contact with other workers, Levine said.

The outbreak prompted Levine to issue a reminder about the nature of the virus: “It spreads quickly and easily, especially among groups of people who live close together,” he said.

The cases linked to the orchard made up a majority of the 33 new confirmed cases the state reported Monday, for a total of 1,817 total cases since the pandemic began. The total of number of deaths from COVID-19 in Vermont has remained at 58 for over two months.