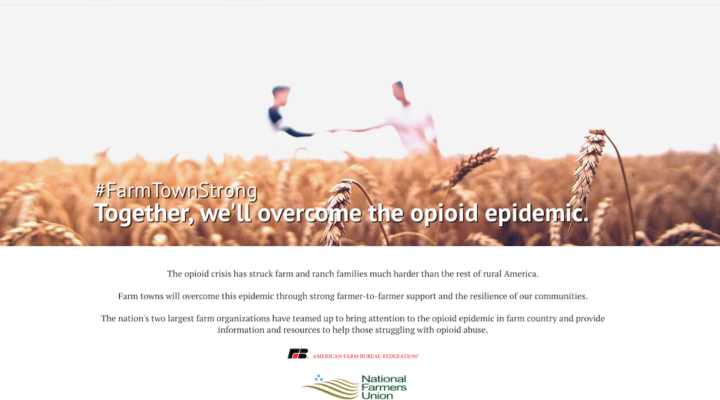 The groups have launched a new website, FarmTownStrong.org, to provide easy access to information and resources that can help struggling farm families and rural communities.

The groups have launched a new website, FarmTownStrong.org, to provide easy access to information and resources that can help struggling farm families and rural communities.

The Farm Town Strong campaign comes on the heels of a recent survey commissioned by AFBF and NFU that highlighted how the opioid epidemic has hit farmers and farm workers especially hard. While just under half of rural Americans say they, a family member or friend have been directly impacted by opioid abuse, for farmers and farm workers it’s 74 percent.  A strong majority of respondents also support increasing public awareness of anti-opioid resources and reducing the stigma that surrounds addiction to help solve the opioid crisis.

“Farm country has been hit hard by the opioid epidemic – even harder than rural America as a whole, or big cities,” said AFBF President Zippy Duvall. “It’s going to take everyone working together to combat this crisis to make a difference. That’s why Farm Bureau and Farmers Union are teaming up to show unity on this issue and encourage farm families to help their neighbors. If you or a family member has been affected by opioid addiction, it’s important to talk about it so that others will know they are not fighting this alone.”

“Opioid addiction—along with all of its consequences—is a silent, but very real, crisis for our farming communities,” said NFU President Roger Johnson. “The lack of services, treatment and support exacerbates the issue in rural areas, and the negative stigma associated with addiction makes it hard for farmers to discuss the problem. Too often, those struggling with addiction and their family members don’t seek the support they need. Through the Farm Town Strong campaign, we’re tackling this crisis head-on by encouraging more dialogue, more information sharing, and more farmer-to-farmer engagement.”

More information on the campaign can be found at FarmTownStrong.org. 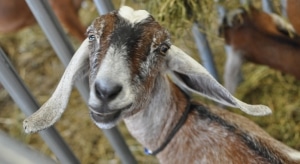 HAMBURG, N.Y. — The “Best 12 Days of Summer” in Western New York State concluded August 22 following a cancelled event in 2020. This year’s event was put together in just over 80 days once final approval was provided by state and county officials.  The 2021 Erie County Fair was host to 18 livestock shows […]

Predicting the effect of climate change on crops