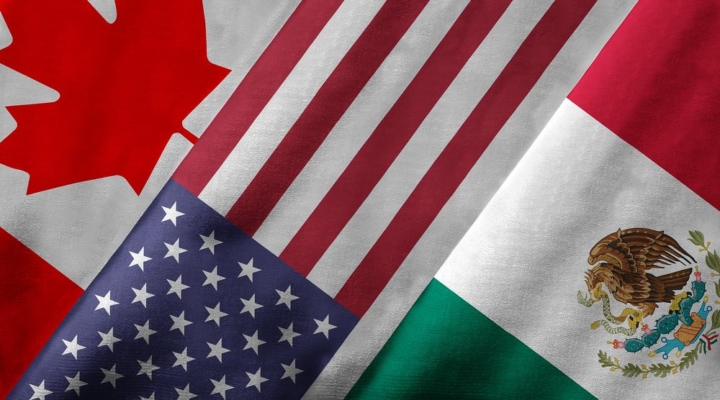 After more than a year of negotiations, a revised version of the United States-Mexico-Canada Agreement is awaiting congressional ratification. (photo by Joel Anstey, creative commons/flickr.com)

RICHMOND, Va. — After more than a year of negotiations, a revised version of the United States-Mexico-Canada Agreement is awaiting congressional ratification.

“We urge members of Congress to swiftly approve the United States-Mexico-Canada Agreement,” American Farm Bureau Federation President Zippy Duvall said after the revised version of the agreement was signed Dec. 10. “Agriculture is at a critical crossroads with the downturn in commodity prices, losses from natural disasters and the trade war. This is an opportunity for Congress not only to help U.S. farmers and ranchers turn the corner on trade, but also show that Washington can still get things done on a bipartisan basis.”

The new trade treaty replaces the North American Free Trade Agreement and would resolve trade barriers and solve some current disputes among the three countries.

“Canada and Mexico are two top trading partners for Virginia farmers. It’s critical for Congress to approve the USMCA to provide clarity and certainty for our state’s No. 1 economic engine,” said Wilmer Stoneman, vice president of agriculture, development and innovation for Virginia Farm Bureau Federation.

Duvall added that ratification of the USMCA would “build on the momentum of the U.S.-Japan Trade Agreement, which gave a major boost to American agricultural products in our fourth-largest market, and send a signal that the U.S. is back in business in the international marketplace.”

Since the preliminary treaty was signed Nov. 30, 2018, the Trump administration, House Speaker Nancy Pelosi and others have been negotiating the details. Among the changes in the new agreement are eased export restrictions on U.S. dairy products going into Canada, and fairer wheat grading standards. Mexico and the U.S. agreed that all grading standards for agricultural products would be non-discriminatory.

The proposed treaty also accounts for major changes in agricultural biotechnology and gene editing that have occurred since NAFTA was signed in 1993.

In 2016 the U.S. exported almost $43 billion worth of agricultural products to Canada and Mexico. In 2018 sales of Virginia agriculture and food products to those countries reached almost $400 million.

Competition’s gold medal wines are the toast of Virginia
June 10, 2021