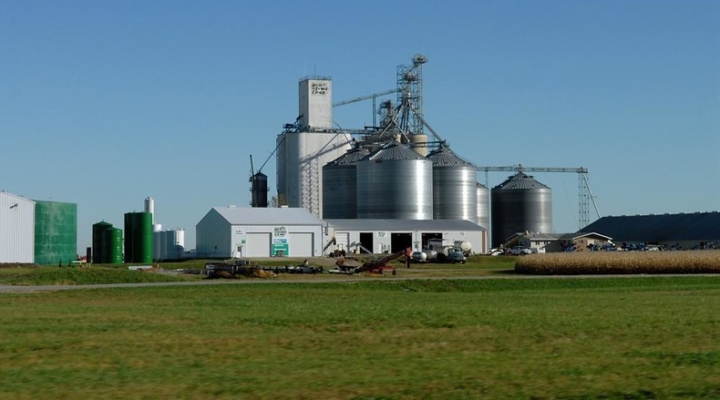 The final agreement does not include language Trump agreed to that the EPA will add ethanol gallons back into the nation’s gasoline supply based on the exemptions granted in the past three years. (freddthompson, Flickr/Creative Commons)

DES MOINES, Iowa (AP) — Some farm groups and farm-state lawmakers expressed anger at the Trump administration Thursday over final ethanol rules that they said failed to uphold the President’s promises to the industry.

The Environmental Protection Agency released its final renewable fuel standard but it did not include language that President Donald Trump agreed to in meetings with industry officials, Iowa’s governor and congressional representatives during September and October.

“Apparently President Trump doesn’t care about his promise to Iowa’s farmers,” said Iowa Corn Growers Association President Jim Greif. “He had the opportunity to tell his EPA to stick to the deal that was made on Oct. 4.”

The final agreement does not include language Trump agreed to that the EPA will add ethanol gallons back into the nation’s gasoline supply based on the exemptions granted in the past three years. Instead the final rule says EPA will base oil refinery exemptions on Energy Department recommendations.

The ethanol industry and corn farmers who raise the grain that’s made into ethanol said the agreed upon language would have created market certainty by assuring the industry that it would meet the 15 billion gallons (56.78 billion liters) of corn-based ethanol for 2020 mandated by federal renewable fuel standard law.

Roughly 40% of U.S. corn is used to produce ethanol so fewer ethanol gallons means a reduced market for corn. The EPA issued 85 retroactive small refinery exemptions for the 2016-2018 compliance years, undercutting the renewable fuel volumes by a total of 4 billion gallons, (15.1 billion liters) according to the Renewable Fuels Association.

Ethanol and corn industry groups said language in the rule leaves too much at the whim of federal bureaucrats and could cause ethanol use to fall short.

Ethanol industry officials said at least 20 U.S. ethanol plants have closed at least temporarily since September 2018 due in part to the reduction of ethanol use in the nation’s fuel supply because of EPA policy.

“Instead of certainty, we are essentially being told to trust the EPA to uphold the RFS in the future even though for the past three years the EPA has routinely undermined the program,” said Iowa Renewable Fuels Association Executive Director Monte Shaw, who accused Trump of turning his back on farmers. “Every farmer and biofuel supporter I have talked to is deeply disappointed, frustrated, and quite frankly angry. I don’t think the White House truly understands the depth of discontent in farm country.”

The EPA said it has modified its refinery exemptions policy to ensure mandatory biofuels volumes are met and contends that the Trump administration has fulfilled its key promise to farmers and the industry.

“President Trump committed to our nation’s farmers that biofuel requirements would be expanded in 2020. At the EPA we are delivering on that promise and ensuring a net of 15 billion gallons of conventional biofuel are blended into the nation’s fuel supply,” EPA Administrator Andrew Wheeler said in a statement.

Other critics hesitated to point the finger directly at Trump but indicated deep distrust that the EPA would uphold the law.

“I’d like to say I can trust EPA will follow through with their rule, but the agency continues to side with the oil industry,” said David Bruntz, a Friend, Nebraska, farmer and chairman of the Nebraska Corn Board.

He said the final rule also fails to include 500 million gallons (1.9 billion liters) of biofuels that a federal court in 2017 ordered EPA to restore back into the nation’s fuel supply.

Republican Iowa Gov. Kim Reynolds refrained from criticizing Trump but said: “Wheeler should know we are not done holding him to the agreement we reached with President Trump in the Oval Office on Sept. 12.”

Republican Sen. Charles Grassley of Iowa who was in one of the White House meetings when an agreement was struck said the final rule doesn’t reflect the agreement.

“Once again, EPA is playing games and not helping President Trump with farmers,” he said.