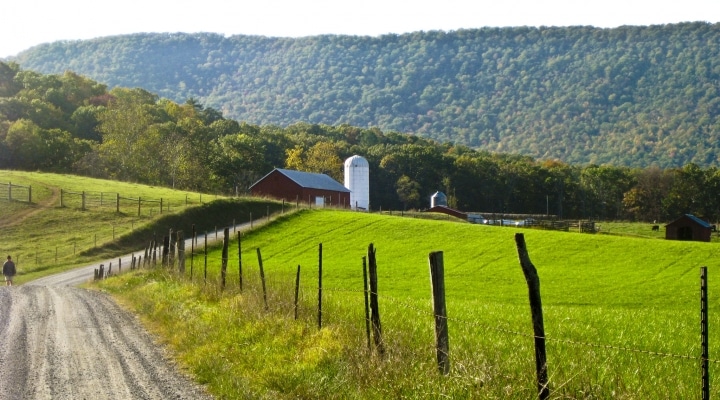 Walker is the second recipient of an Outstanding Woman in Agriculture award, which is given for achievements and contributions to Virginia’s agriculture industry.

After a 28-year career at Danville Community College as a professor and administrator, Walker served as a community viability specialist with Virginia Cooperative Extension from 2005 until her retirement in 2019. In that role, she worked with Virginia counties and cities to assess community needs, aided the creation of community-based action plans and identified resources available to communities through state and federal agencies.

Umbarger received the Distinguished Farm Bureau Woman award based on her involvement in a farm or agricultural business, agricultural leadership and community activities.

Umbarger operates Laurel Springs Farm in Marion with her husband, Seth, and manages their Laurel Springs Farm Store, which sells goods produced on the farm. Additionally, she is an active educator, serving as Southwest leader for the Virginia Department of Education’s Farm to School program since 2018. She also serves on the Smyth County Chamber of Commerce Agriculture Committee.

The Farm Bureau Ambassador program recognizes young adults for their interests and achievements in agriculture. Isom is a former FFA chapter president at Grayson County High School and currently is a first-year nursing student at Wytheville Community College. She is the daughter of Christopher and Angela Isom, and grew up on her family’s farm raising chickens, goats and hay. As ambassador, she will make public appearances representing Virginia Farm Bureau.

The awards were to be presented at the VFBF Women’s Spring Conference March 20-22 in Harrisonburg. The conference was cancelled due to the coronavirus pandemic, and there is a possibility it may be rescheduled later this year.