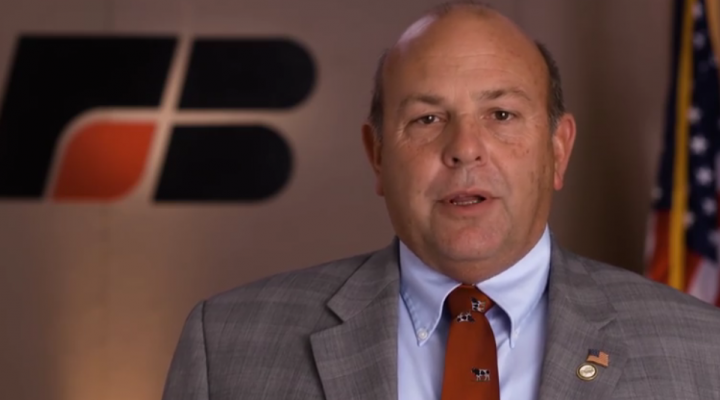 PHOENIX — American Farm Bureau Federation President Zippy Duvall and thousands of Farm Bureau members today asked Congress to pass sweeping reform of regulations that burden the lives of farmers and ranchers. Their request followed by days the introduction of major legislation to reassert congressional authority over agencies that increasingly ignore the law and basic constitutional limitations on their power.

“The election should send a message—loud and clear—to our politicians: ignore rural America at your own risk!” Duvall said.

During his annual address, Duvall issued his request for Farm Bureau members to send e-mails—using their smart phones—to Congress about the need for regulatory reform. And they responded on-the-fly.

Duvall also called on Farm Bureau members to explain how, every day, the men and women who grow food for America and the world work to make the environment better.

“Just think about it for a minute,” Duvall said. “By using modern technologies, today’s farmers grow more crops on the same amount of land, using less plowing and pesticides, feeding more people. By developing more uses for our crops, like energy, we are making our economy more sustainable. If farmers don’t take care of our land, we cannot stay in business.”

Duvall reminded the 5,000 farmers and ranchers in attendance that a reliable and profitable supply of labor is central to economic sustainability. He called on Congress to pass legislation to assure farm laborers can work without fear of deportation.

“Without a legal supply of labor, too many farmers face lost crops, and they can’t compete on the world market,” Duvall said. “Mr. Trump says he wants to keep American jobs from going overseas. One way he can do that is by keeping America’s food production in America.”

A transcript of Duvall’s speech can be found here: http://www.fb.org/files/Speech_Transcript.pdf.