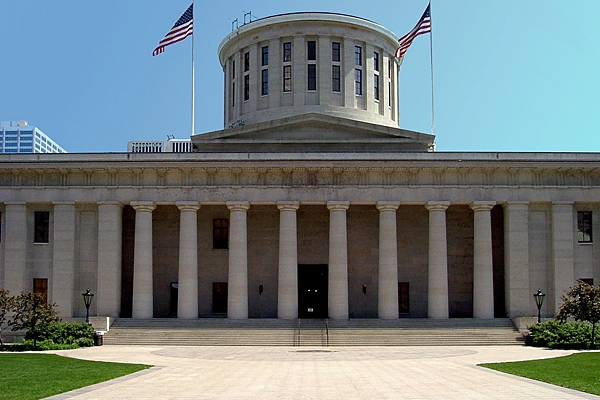 The two-year budget, which must now be reconciled with the House version and approved by Gov. Mike DeWine, comes at a crucial time for farmers and rural communities. The worst planting season and production outlook on record, already low commodity prices and market-disrupting international trade disputes have weakened Ohio’s largest industry.

The business income tax deduction is especially important to farmers in the midst of an economic downturn.

Ohio Farm Bureau First Vice President Bill Patterson, a produce grower and bakery operator, told senators during budget testimony that the tax deduction helps farmers by “allowing the good years to create a cushion. As a capital intensive business that typically requires yearly operating loans, the ability to save in good years due to policies like the business income tax deduction have allowed many farms to stay afloat as times have gotten tough.”

Sharp said he was proud of the efforts of Farm Bureau members who reached out to their state senators. He encouraged members of the House-Senate conference committee to deliver to the governor a biennial budget that reflects the needs of rural Ohio.  “Farmers and their communities are feeling the effects of a terrible farm economy,” he said. “We need lawmakers to respond accordingly.”