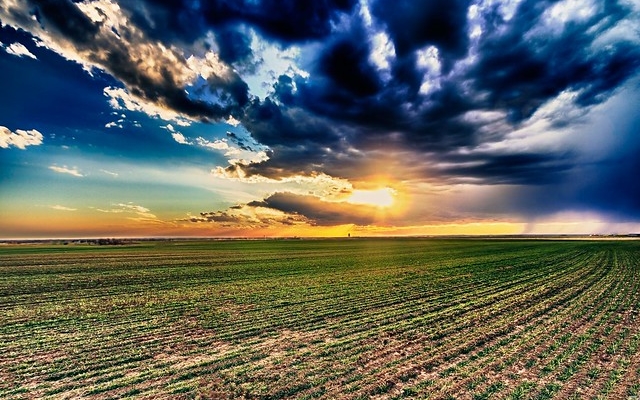 Over the last few weeks, Oklahoma Farm Bureau members gathered within their districts for the organization’s annual August Area Meetings across the state. (photo by Gagan Moorthy, creative commons/flickr.com)

OKLAHOMA CITY — Over the last few weeks, Oklahoma Farm Bureau members gathered within their districts for the organization’s annual August Area Meetings across the state.

Signifying the beginning of the OKFB grassroots policy development process, members were able to share issues they are facing within their local communities and ask questions about OKFB policy on a variety of topics. Members also learned more about upcoming organizational activities.

Within OKFB’s nine districts, 11 meetings were held. Below is a list of the top six most common issues Farm Bureau members discussed at the meetings as they prepare to develop the organization’s policy for the next year.

Following the state Legislature’s 2019 proposal that would allow municipalities to create “Public Safety Protection Districts” funded by ad valorem taxes, Farm Bureau members expressed concern about a potential expansion of property taxes. Money generated through the ad valorem tax could be used in several ways such as purchasing and maintaining public safety vehicles and equipment; fire, police and jail operations; and salaries and benefits of the law enforcement or fire protection employees. OKFB members discussed ways to support public safety while balancing the impact of ad valorem tax increases.

As hospitals and medical facilities across rural Oklahoma continue to struggle, Farm Bureau members voiced frustrations regarding access to proper medical care without having to drive to Oklahoma City or Tulsa. Since 2010, 99 rural hospitals across the country have closed due to a combination of lack of proper funding and lack of essential care providers. Currently, 58% of Oklahomans are living in a primary care shortage area.

In April 2019, the U.S. Department of Agriculture announced beef cattle and bison 18 months and over will be required to have an electronic radio frequency identification, or RFID, ear tag to be transported across state lines. The Oklahoma Department of Agriculture, Food and Forestry is currently exploring mandatory identification of cattle sold in state. Farm Bureau members discussed how the change could potentially impact their operations.

Found in nearly every county within the state, feral hogs are a continual threat to many farmers and ranchers. With an ability to destroy crops and serving as a potential risk for livestock health, feral hogs continually cause significant damage to the farms and ranches of Farm Bureau members across the state.

Cattle producers, mainly from the eastern and central parts of the state, shared their continual struggle to combat an increasing population black vultures. The birds often prey on, and kill, newborn calves. Unfortunately for producers, black vultures are protected in the Migratory Bird Treaty even though their numbers are not declining.

With the growing amount of plant-based protein options available to consumers, OKFB members voiced concerns about the impact of these alternatives on the beef industry. Many members called for the plant-derived protein products to be accurately labeled.

OKFB members will meet within their counties over the next several weeks to develop policy resolutions on a variety of issues including those listed above. The resolutions will be considered by a committee of members from across the state before being voted on the OKFB annual meeting in November.

Feed chickens a taste of free-range in every bite