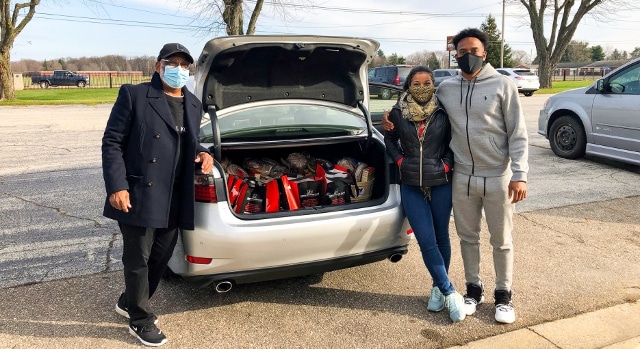 WASHINGTON — The farm and ranch families of Farm Bureau donated 53 million pounds of food and raised nearly $1.5 million to assist hungry Americans in 2020 as part of the organization’s “Harvest for All” program. Combined, the monetary and food donations totaled the equivalent of 53 million meals.

Criteria for tracking Harvest for All donations included dollars and pounds of food donated by state and county Farm Bureaus, as well as volunteer hours, reported from the grassroots up as part of the annual campaign.

The spirit of farm communities has always been one of working together and giving back. Now in its 19th year, Harvest for All is spearheaded by members of Farm Bureau’s Young Farmers & Ranchers program, but members of all ages from across the nation contribute to the effort. Their participation helps ensure Americans in need can enjoy the bounty of food farmers and ranchers produce.

In addition to raising food and funds for the initiative, farmers and ranchers tallied 22,570 volunteer hours assisting

“Hunger remains a concern for people from all walks of life, including many rural Americans and residents of farming communities,” said Jon Iverson of Oregon, chair of AFBF’s YF&R Committee. “Farm Bureau’s longstanding commitment to helping put food on the tables of those in need through Harvest for All outreach is more important than ever as the effects of the COVID-19 pandemic continue.”

Florida Farm Bureau took top honors for donating the most food and raising the most money in 2020, 43 million pounds and $413,000. When the COVID-19 pandemic led to major delays in moving farm products from fields to grocery stores, Florida Farm Bureau members stepped in to address the major backlog of produce that was going to be lost to spoilage. Farm Bureau members connected with Feeding Florida to get these items to local food banks. County Farm Bureaus throughout the state partnered with food banks to host “Produce Box” pick-up locations where anyone could drive through and get a free box of mixed produce items.

California Farm Bureau tallied the most volunteer hours, 7,519. This included a myriad of tasks such as prepping donated food, loading it into trailers and delivering it to distribution sites. CFB members also volunteered their time creating fundraising appeals on social media, shopping for Christmas presents for children at homeless shelters and packaging take-home meals for at-risk students.

Thanks to the generosity of Nationwide, these state organizations received a $500 grant (for each type of contribution) for donation to a local food bank of their choice or for another Harvest for All project.

Each of the second-place winners received a $250 grant (for each type of contribution) from Nationwide to donate to the local food bank of their choice.

In addition, the Illinois Farm Bureau YF&R Committee received a $250 grant from Nationwide for “most innovative” program. Illinois’ outreach included launching a creative Facebook fundraiser to help fight food insecurity during the pandemic. These efforts culminated in a $21,000 donation to food banks across the state, allowing for the distribution of more than 252,000 pounds of food to those in need.

The awards were presented during AFBF’s 2021 FUSION Reimagined Conference, which wrapped up Saturday. Since Harvest for All was launched, Farm Bureau families have gathered 376 million pounds of food, logged more than 215,000 volunteer hours and raised $9.8 million in donations.