Home / National / Farm bill deal scraps new work requirements
A new user experience is coming! We'll be asking you to login to your Morning Ag Clips account March 1st to access these new features.
We can't wait to share them with you! Read more here. 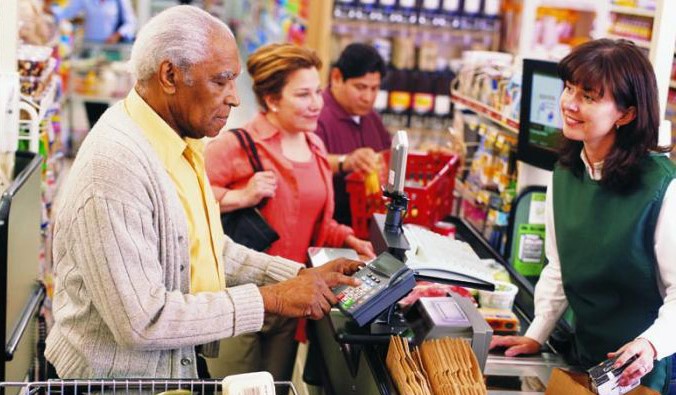 Work requirements for food stamps, known as the Supplemental Nutrition Assistance Program, or SNAP, were included in a bill that narrowly passed the House with no Democratic votes. A bipartisan version that won easy Senate approval did not include the requirements, and few Senate Republicans want them. (U.S. Department of Agriculture, Flickr/Creative Commons)

Lawmakers expect to vote this week on the tentative deal, announced Thursday by House and Senate negotiators.

Democrats and many Senate Republicans opposed the work requirements, which became the biggest stumbling block to an agreement on the farm bill. The legislation sets federal agricultural and food policy for five years and provides more than $400 billion in farm subsidies, conservation programs and food aid for the poor.

In a statement Thursday, House and Senate agriculture committee leaders from both parties said they had reached an agreement in principle but were working to finalize the bill’s language and costs.

“We still have more work to do. We are committed to delivering a new farm bill to America as quickly as possible,” said the statement by Sens. Pat Roberts, R-Kan., and Debbie Stabenow, D-Mich., and Reps. Mike Conaway, R-Texas, and Collin Peterson, D-Minn.

Roberts and Conaway chair the Senate and House Agriculture committees, respectively, while Stabenow and Peterson are the top Democrats.

Rep. Mark Walker, a North Carolina Republican who leads a group of House conservatives, said he was disappointed that the bill appears to leave out the new work requirements, a top priority for many House Republicans and Trump.

“House conservatives, the president and the vast majority of Americans support policies that encourage work and help lift people out of poverty,” Walker said on Twitter. “As I’ve said for months, those provisions have to stay” in the bill.

Work requirements for food stamps, known as the Supplemental Nutrition Assistance Program, or SNAP, were included in a bill that narrowly passed the House with no Democratic votes. A bipartisan version that won easy Senate approval did not include the requirements, and few Senate Republicans want them.

With the midterm elections turning control of the House over to Democrats, pressure increased on House Republicans to pass a compromise during the lame-duck session rather than start over in a Democratic-controlled chamber where the GOP was likely to suffer even greater policy losses.

The House passed its version of the farm bill in June on its second attempt, after a group of GOP lawmakers initially scuttled passage over an unrelated immigration issue.

Currently, able-bodied adults ages 18-49 without children are required to work 20 hours a week to maintain their SNAP benefits. The House bill raises the age of recipients subject to work requirements from 49 to 59 and requires parents with children older than 6 to work or participate in job training.

The House measure also limits circumstances under which families who qualify for other poverty programs can automatically be eligible for SNAP, and earmarks $1 billion to expand work training programs. By contrast, the bipartisan Senate bill offers modest adjustments to existing farm programs and makes no changes to SNAP.

Earlier this year, Trump signed an executive order directing federal agencies to enforce existing work requirements and review all programs, waivers and exemptions. Throughout the negotiation process Trump has made clear he supports work requirements, tweeting about the issue multiple times.

The two chambers also clashed over portions of the forestry and conservation titles of the bill. Negotiations were further complicated in recent days when the White House asked Congress to make changes to the forestry title in response to deadly wildfires in California, giving more authority to the Agriculture and Interior departments to clear forests and other public lands.